Types of Bitcoin Wallets and The Best One for You

Bitcoin is the first decentralized digital currency. All Bitcoin transactions are documented on a virtual ledger called the blockchain, which is accessible for everyone to see.  A Bitcoin wallet gives you complete control over your bitcoins, unlike other assets you own which are regulated by banks and governments. As bitcoin gains more popularity, more and more places accept it as a payment method.

Nowadays we can also see the impact of bitcoins on people. As it was introduced in 2008, within months of its proposal people started using it to buy goods, investing in trades, and some for illegal transactions.

As we know some fundamental information about bitcoins wallet now, we will have a look at how many bitcoin wallets we have and what are their classifications.

Basically, we have total of 8 types of bitcoin wallets they are web wallet, mobile wallet, desktop wallet, hardware wallet, paper wallet, brain as a wallet, multi-sig wallet, and HD wallet.

Let’s have a look at how many impacts these wallets have on the people nowadays.

Devoid of downloading or to introduce a new thing we can manage the web wallets. If we are well known for the program interface we can easily gain a web wallet. We can have the best advantage in this web wallets are that it encompasses both the trade wallets and also those who have wallets work on the basis of a social program. Unless the bitcoin wallet gives us the special key, we can manage another private key for us in this web wallet. We can get instant funds just by logging into the wallet. We can log in to our account from anywhere or from any device as we have a public address and a private key. The web wallet works under the process of the blockchain system so our coins will be bitcoin secure. 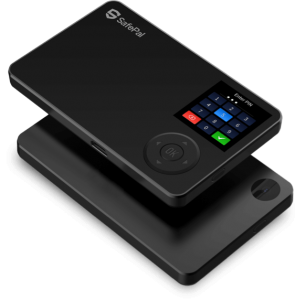 Paper Wallets were used in the early stage of cryptocurrency. Paper wallets are nothing but a printed piece of paper which have the private keys and QR codes used for transactions of bitcoins. These wallets are known as the cold wallets as it does not require any internet connection. In the past, these wallets were considered the best way to store bitcoins as no one can hack a piece of paper. However, you can lose the paper or it can get stolen. So, paper wallets are not really the safest for your bitcoin today.

6. BRAIN AS A WALLET

Brain wallet has nothing much to explain, in the name itself we can see the word brain, it means that all of the information of our BITCOINS or the PRIVATE KEYS is just remembered by ourselves in our mind. In the olden days, people did remember such a lengthy private key to keep their bitcoin safe. It is not really a safe method to just try to remember the bitcoin private key as today it is worth a lot and if you forget it, you will lose all the money invested in the bitcoins.

Multi-sig stands for Multi-Signature. It is simply explained that whenever we want to transfer or receive bitcoins, we need more than one or more people other than us to give access to the process. In other words, a multi-sig wallet is a type of joint account wallet in which others can also see our details but cannot perform functions like to transfer or receive money.

HD stands for Hierarchical deterministic. HD wallets work on the algorithm of SHA-256. They have a highly secured function than another wallet because including the private key we also get the options like password and pattern to make our wallet more secure.  HD wallets itself can generate different private keys in which no one could guess. It does so by encrypting your private key and making it look like another. So, HD wallets are considered as the best wallets than any other wallets.

By comparing all the Bitcoin wallets above we can have all the needs we want, from almost all the bitcoin wallets. If we talk about the security of our bitcoins, we can exclude a few of the wallets. However, there are still many Bitcoin Wallets you can consider. Nowadays, there are many companies providing their bitcoin wallet which helps you keep your bitcoins secured and mobile.