Private vs. Public Blockchains: Here’s Everything You Should Know

Despite the initial campaigns against bitcoin, more and more countries are finding sound value in endorsing the groundbreaking technology that powers the cryptocurrency. Blockchain technology has proven to be quite useful in several industries as more ventures are in place to leverage it fully.

However, it is vital to understand the different types of blockchains that are in existence. Doing so not only helps come up with better solutions but could also be a driving force towards the mass adoption of digital currencies.

So, how do private and public blockchains compare to each other? Keep reading for some insightful information. 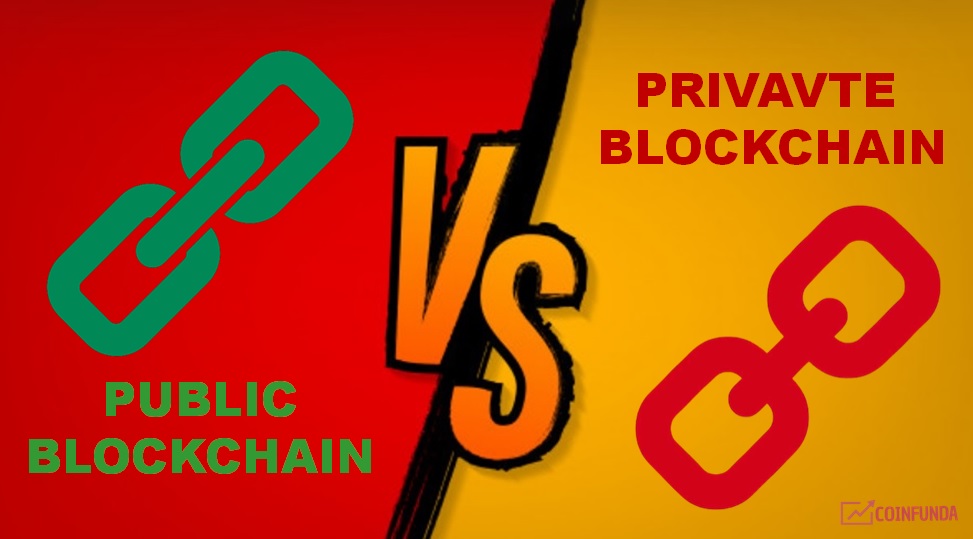 At the core, public blockchain refers to the original structure of distributed ledger. It is an entirely open blockchain in which anyone can join and take part in network undertakings, i.e., sending/receiving transactions and auditing the network. Public blockchain takes the model of the earliest cryptocurrencies such as bitcoin (BTC) and Ethereum (ETH).

All nodes in a public blockchain have equal powers. As such, a public blockchain is not only decentralized but also fully distributed. For any transaction to be considered valid, a majority vote by constituent nodes must authorize it in a process known as consensus.

Public blockchain gives incentives for the successful completion of tasks to encourage more participants to join the show.

The main strength of public blockchain is that minimum or no trust is needed. Every transaction is recorded in public, and an unchangeable copy of the ledger exists for open verification from any node. That said, there is no need for intermediaries.

Besides being decentralized, a public blockchain is also sufficiently distributed. Any malicious activity on the network is easily caught, making it hard for any attackers to penetrate the system.

With a public blockchain network, the more the participants, the slower it becomes as more transactions congest the network. This makes it less scalable compared to other systems.

A private blockchain is a closed network with controlled access and is also known as ‘permissioned blockchain.’

To participate in a private blockchain network, one must be invited by the network owner. Users engage under specific guidelines and restrictions, with some having full access and others having limited access. The limits make private blockchain centralized to some extent, given that only a small group of users have control rights.

Fewer participants in private blockchain means less time to reach a consensus. This translates to more transactions. A good example is Ripple, which can handle 1700 transactions per second. This is great compared to bitcoin, at 7 TPS.

A private blockchain network enables control of the number of people joining and only allows those that the system can handle without congestion.

Private blockchains allow several network users to control the network and make decisions. This is against the core aim of blockchain, which is to eliminate intermediaries.

With fewer auditing nodes, a private blockchain is prone to malicious attacks. Actors can orchestrate network hacking or data manipulation.

Similarities Between Public and Private Blockchain

Both are built upon a community of users with each node keeping a copy of a shared ledger of digitally signed transactions. In other words, both have no central (such as a bank) entity in control.

In both, users are responsible for authenticating transactions. This way, a block is only added to the chain after most users agree on the transaction’s authenticity.

Immutability means that a block cannot be erased from the chain once it is added.

Public vs Private Blockchain – Which Way for CBDCs?

The World Economic Forum 2020 happened in January at Davos. The debate on CBDCs took a better part of this year’s meeting, with discussions rotating around how individual countries can issue, manage, and govern central bank digital currencies (CBDCs). After Canada announced its CBDC, citizens did not hesitate to buy Bitcoin in Canada.

Given the direction of the discussion, it is clear that central banks are not considering any of the already existing cryptocurrencies as a possible option. Central banks are currently finding private permissioned blockchain (countrywide and not international) fit for the purpose.

As things continue to develop, however, public blockchain may become the mainstream of global payments, and central banks may consider settling on one digital currency in the future. This may not be a viable decision for now, given the distributed nature of public blockchain.

Both private and public blockchains offer real-case solutions to various industries in the world. Although they are quite similar in some ways, developers must understand the features that make them unique. In doing so, enterprises involved in blockchain solutions get to choose the best option, which translates to better results and sustainable solutions.