Are you looking for the Best bitcoin wallet? We have listed the trusted and safest Web, Mobile, Paper, desktop, Hardware Bitcoin wallets to store Bitcoin for long-term investment. 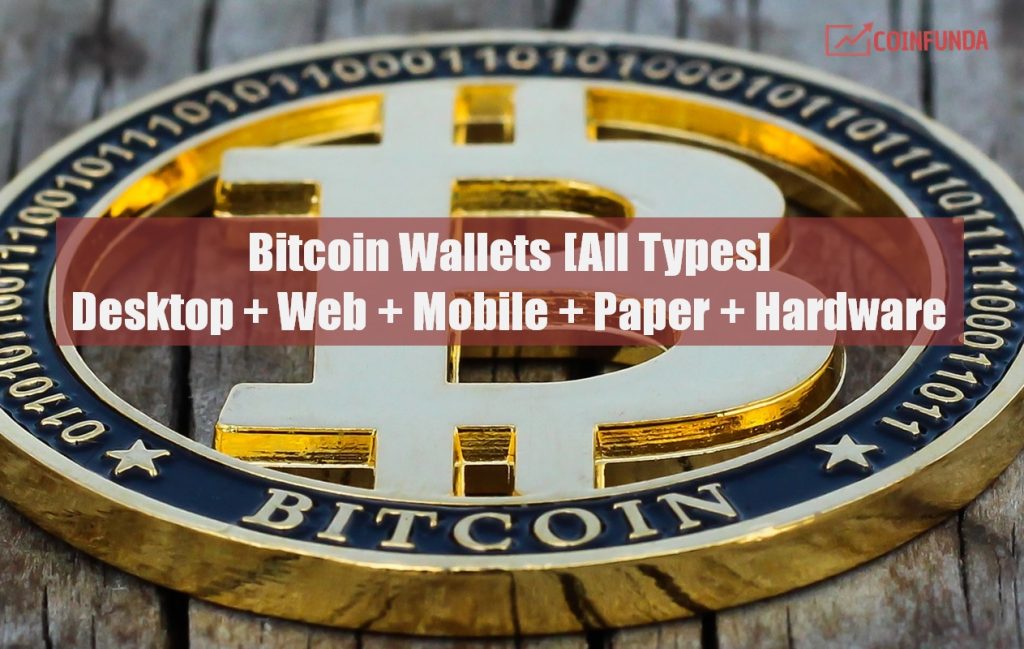 Bitcoin is a type of cryptocurrency, which is made available in the form of digital/electronic currency. It is not a printed currency like Dollars and Euros. All the bitcoin transactions are based on peer–to–peer operations and the processing charge is also very low when compared with other crypto-currencies. In this post, we are going to discuss, how to store bitcoin safely.

A wallet is a software program or an application that is used for the storage of bitcoins. It simply facilitates secure bitcoin storage and hence it is collectively called a ‘Bitcoin wallet’. It offers the protection of private keys necessary for storing the bitcoins. The first bitcoin application which was discovered with mobile phone usage is the bitcoin wallet, which is a highly secure application. In this post, we are going to discuss different types of bitcoin wallets.

Bitcoin is a type of cryptocurrency that is made available in the form of digital or electronic currency. It is mainly used for business purposes as a payment processor. It uses the peer-to-peer transaction methodology and also offers very low processing charges.

Bitcoin is an open-source payment processor that facilitates direct–user transactions and does not encourage any intermediates in transactions. Nobody is having the authority to control it. The network nodes monitor and verify each and every transaction corresponding to that particular network and hold the details of those verified transactions in Blockchains.

A Blockchain is a distributed public ledger that accepts bitcoin as its account unit. Users can access bitcoins from anywhere in the world.

The method of storing bitcoins:

To store bitcoins, a user needs to select a bitcoin wallet. A wallet is a software application or program used for the maintenance of all the bitcoin transaction details. It enables users to spend their bitcoins and access them in an efficient way. In order for a bitcoin payment to be sent or received, a bitcoin wallet is necessary.

The private keys required for spending funds and accessing bitcoin addresses are kept safely in the bitcoin wallets. So it is essential that a bitcoin wallet has to be kept in a secure manner and a backup needs to be taken. Instead of storing cash in a physical wallet, we go for digital wallets for the purpose of storing bitcoins.

The necessity of using bitcoin wallets:

Bitcoin wallets can be kept safe by performing the following operations:

Bitcoin wallets are usually made available in a variety of sizes and forms and are designed in different ways for different devices.

The wallets are of the following five different types:

We will discuss each of them with a few popular examples.

These are a kind of application that is installed on the user’s system or desktop computer. They permit the user to perform bitcoin transactions on the desktop itself. They provide a greater level of security for Bitcoin storage.  ‘Bitcoin core’, ‘Armory’, ‘Multibit’, and ‘Electrum.org’ are some examples of desktop wallets. 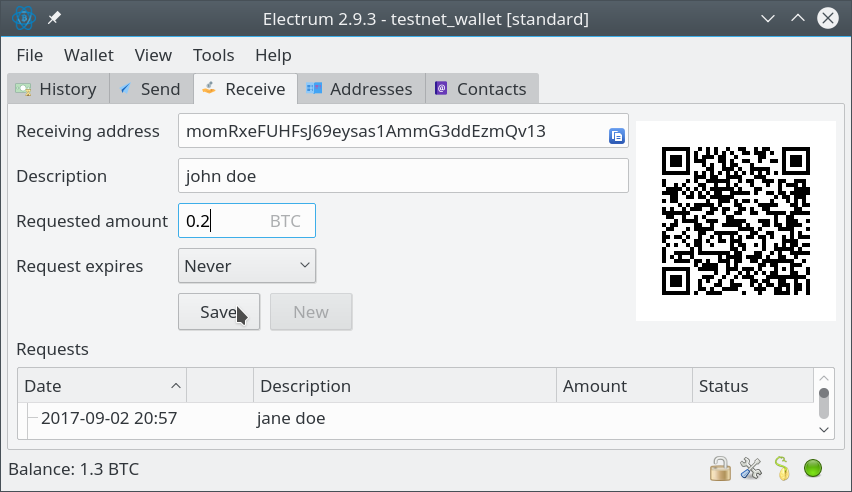 Electrum is a free, decentralized, safe, and secure desktop wallet for Bitcoin and other crypto coins which is also recommended by Bitcoin.org. It offers recovery of your wallet through the secret phrase. It offers support for popular hardware wallets including Ledger, Trezor, and Keepkey.

Exodus is an attractive, user-friendly and popular desktop wallet that recently added an app for mobile devices too, and supports a wide range of coins and tokens. It is equipped with a built-in exchange so that users can exchange cryptocurrency within the wallet itself. It also offers an attractive portfolio manager to track all your assets. 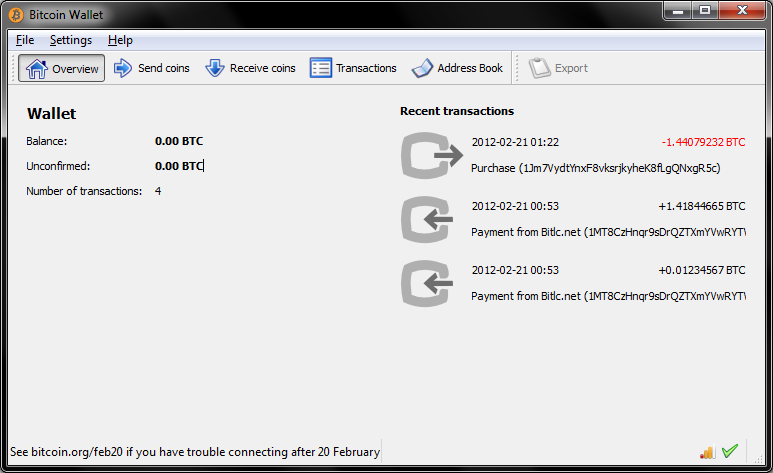 This type of desktop wallet offers secure bitcoin storage by controlling all the keys including both private and public keys. This application also holds the bitcoin transaction details and users can also set the fee for transactions while making it. It is the first discovered wallet among desktop wallets. Bitcoin core desktop client is available for Windows, Mac Linux platform

Atomic Wallet is a new multi-asset custody-free wallet for secure storage and management of BTC, ETH, XLM, XRP, LTC, and over 300 other coins and tokens. The crypto assets and features are regularly updated. Private keys are securely encrypted on a user’s device, so one has full control over their funds.

The desktop app is available for Windows, macOS, Ubuntu, Debian, and Fedora. Private alpha versions of Android and IOS mobile apps will be released in November 2018.

Atomic Wallet is a secure all-in-one, non-custodial cryptocurrency storage with a smooth and comprehensive interface. The wallet supports Atomic Swaps, a cutting-edge feature that helps users significantly save on fees. The atomic wallet also enables users to buy cryptocurrency with USD and EUR and exchange their assets at the best rates via Changelly or ShapeShift.

Guarda Wallet is a multi-currency wallet supporting Bitcoin BTC, Ethereum, Litecoin, Monero and over 40 other major blockchains (including BTC, BCH, BSV, ETH, ETC, XMR, ZEC, XRP, EOS, KIN, LTC, XLM, DASH and more) along with their tokens. The wallets provided by Guarda are available in Web, Desktop, Chrome Extension, and Mobile versions, all of those being non-custodial, free to set up and user-friendly.

The wide range of supported currencies is not the only profit coming from using Guarda as the wallet provider – the company makes sure to have the whole ecosystem built around their multi-currency crypto storage. Due to the taken course on functionality, all Guarda wallets are equipped with built-in exchange services, cryptocurrency purchases, currency-specific features of supported coins and more.
A non-custodial Bitcoin wallet is already the right security choice, but for those willing to enhance their BTC safety levels, even more, Guarda has Ledger Nano hardware wall

These are applications or websites that are responsible for the management of private keys. They allow access through any device on the web with the help of an internet connection. The transactions performed in these wallets are faster and easier. Their less-secure nature permits the easy stealing of bitcoins by hackers. ‘Blockchain.com’, ‘GreenAddress’, and ‘Coinbase.com’ are some examples of online wallets.

Coinbase is one of the most popular online wallets for Bitcoin. It is now available for mobile devices as well. Other than Bitcoin, it supports Ethereum, Litecoin, and other popular cryptocurrencies as well. Users can buy cryptocurrency and exchange them also within the Coinbase wallet itself.

Greenaddress is another popular cryptocurrency wallet that is highly recommended for better security of your funds. It is a hierarchical deterministic wallet using the BIP32 key derivation standard. It offers the facility of balance checking with the help of its watch-only mode. 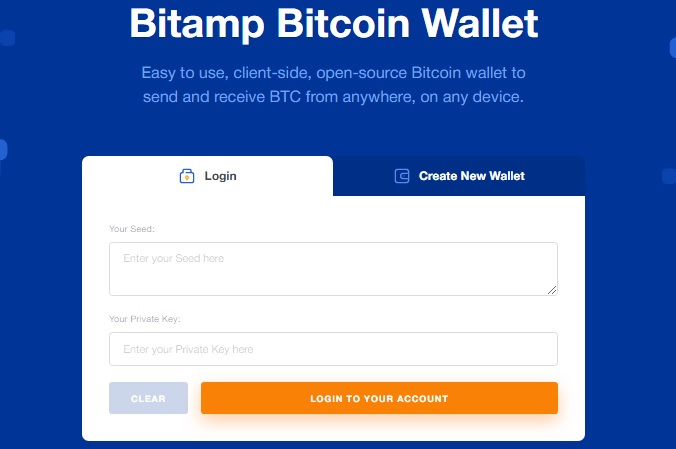 Bitamp is an anonymous, open-source, client-side, easy-to-use Bitcoin wallet to manage, send, and receive BTC from any device. Users can easily create a new wallet with 12-word seed phrases and can access their wallet anytime with the help of a 12-word seed phrase and private key. Unlike Coinbase, Bitamp allows users to access their pvt key which means users will have complete control over their funds. Link to  Bitamp

Hardware wallets are tiny devices, which are responsible for the safety of private keys necessary for accessing bitcoins. These are a type of physical wallet for storing bitcoins and are recommended for the storage of a considerable amount of bitcoins. They control bitcoins with the help of plug and play options. ‘Trezor’, ‘Keepkey’ and ‘Ledger’ are some of the examples of hardware wallets. We have a separate detailed article on 25+ Bitcoin Hardware Wallets.

A few popular hardware wallets are:

These are similar to desktop wallets and are normally used in smartphones. It is recommended only for the storage of a limited number of bitcoins since it is a less-secure option compared to other wallets. ‘Mycelium’, ‘Xapo’, ‘Wirex’ and ‘Bread wallet’ are some examples of mobile wallets. 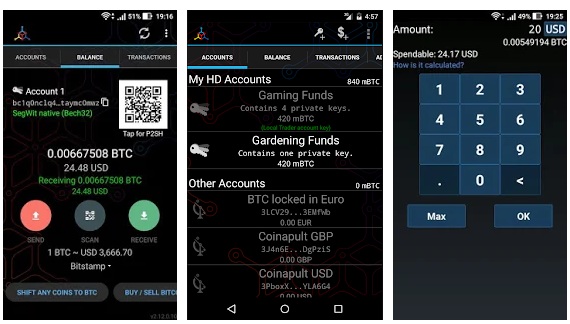 It is well-known as a highly recommended and secure option for mobile bitcoin storage. Read more about Mycelium. 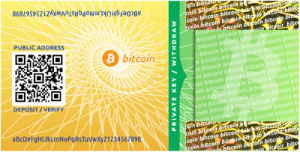 These are fashioned wallets, where the bitcoins are stored on papers. They hold the bitcoins in an offline mode so that they are highly safe. Paper Bitcoin Wallet provide control over the private keys used. They cannot be recovered as hardware wallets. There is a chance for the loss of bitcoins due to the fade or destruction of papers. Some of the examples of paper wallets are: