Genesis Mining Review 2020 – Is it Profitable?

Genesis mining is biggest mining company for mining bitcoins and Altcoins. In addition to bitcoins, it also facilitates Ethereum and X11 mining. It is a highly transparent and leading hash power provider in the World. This mining contract provider is offering lifetime contracts in bitcoin mining. It is an exclusive site for those users, who are new to cryptocurrencies like bitcoins. Through this cloud mining service, the users can start earning bitcoins by registering at the following link: https://www.genesis-mining.com/

Before selecting a platform for cloud mining you must ensure about ROI as well as trust score of the mining platform. I have also published an article on most trusted and reliable cloud mining websites. Other than Genesis you may also choose Hashflare cloud mining service as it is a reputed and well-established player in the market. Genesis mining is a renowned mining service that is supported by a unique mining hardware. It is one of the oldest sites among the cloud mining platforms. Genesis mining is a performance-based mining where your profit volume depends upon various factors. 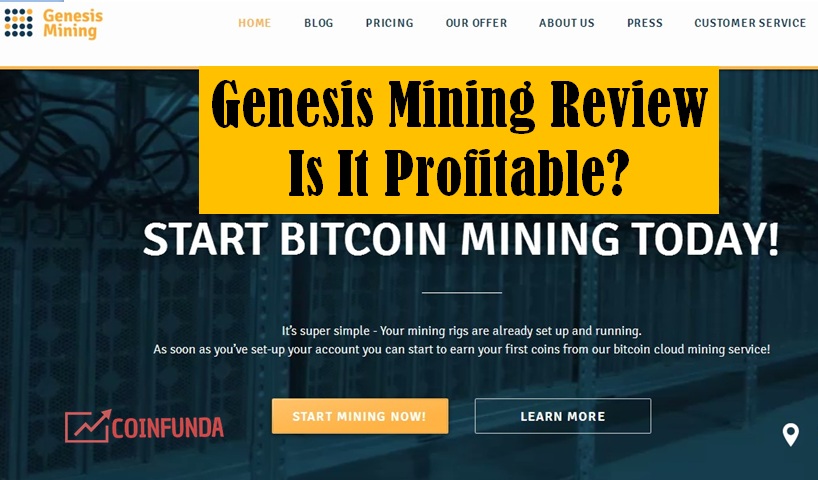 Genesismining.com, also referred to as Genesis Mining Limited was active since 2013 in the bitcoin cloud mining industry and the professionals belonging to this site are being engaged in various fields of science like Engineering, Mathematics and Computer Engineering. The Genesis mining community had initially launched their cloud mining operations in New Zealand, Paris, New York, Los Angeles and Hong Kong. Later on, they extended their successful operations in India.

This unique cloud mining firm also proved its profitable model for investment by delivering the best outcomes. The recent blockchain and bitcoin conferences of Genesis mining were held in South Asia. Genesis cloud mining services offers user to mine multiple coins by dividing hash powers to customize their could mining operations as per the market profitability.

How to Start With Genesis Mining?

In a previous published article we discussed step by step prcess to start DASH cloud mining with Genesis platform. If you are new to Genesis cloud mining we recommend you to read the article.

Once a user gets access to genesis mining by registering at the official site, he needs to fund his account with any of the type of crypto-currencies (Bitcoins / Ethereum, etc) which he wants to mine. After funding the account, the users have to select a mining plan to proceed further mining process.

Bitcoin Mining is a process of verifying and recording blockchain transactions of bitcoins. Bitcoin, also called as ‘decentralized currency’ is nothing but a type of crypto-currency which is made available in the form of digital or electronic currency. A Block chain is a distributed public ledger that accepts bitcoin as its account unit.

Ethereum mining is a process of mining a currency called ethereum, which reveals a program known as ‘Geth’. Geth plays a major role in ethereum mining by acting as a relay between the ethereum network, hardware, and the system. In the genesis mining platform, Ethereum can be mined with the help of an algorithm called ‘Eth-hash’. Ethereum is nothing but a type of virtual currency like bitcoins.

You may also select other coins from the list below for mining.

For SHA-256 contracts the following coins can be mined: Bitcoin, Dash, Zetacoin, Litecoin, and Darkcoin.

Hope this Genesis mining review will be helpful for you to find out best suitable profitable cloud mining. If you have tried Genesis cloud mining before, please share your experience with us in the comment section below.