Elrond Could Be A Game Changer For Mass Blockchain Adoption

Blockchain technology has gained its popularity over time. The arrival of new blockchains and the flow of new cryptocurrencies in the market has forced the technology to face the innate problem of scalability. In this article, we will discuss the effects of the scalability issue of the blockchain, ongoing developments, and the possibilities for a solution. 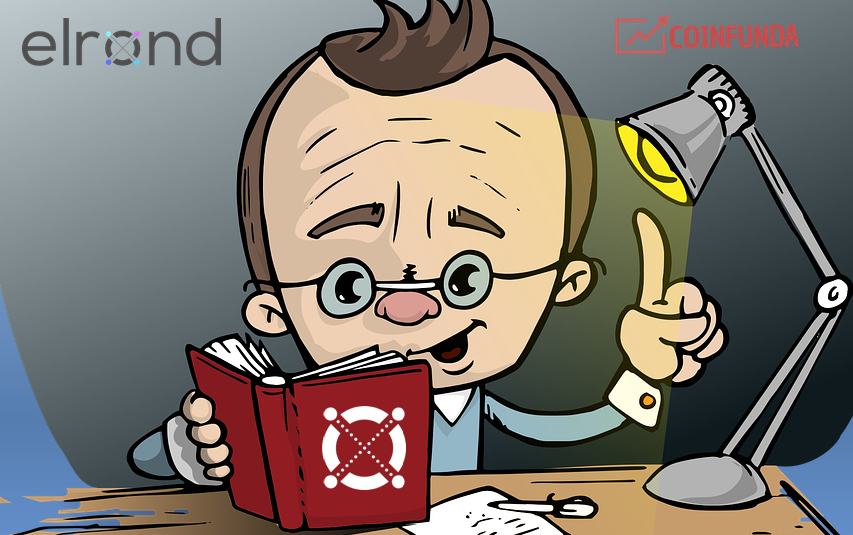 Scalability: The In-Born Problem With Blockchain

Bitcoin and Ethereum are the two most dominating players in the blockchain market. More and more people are coming forward to utilize the benefits of blockchain. To keep up with the rising demand, blockchain needs to process thousands of transactions per second to avoid delays and keep the market flowing. For e.g. Ethereum recorded an increase in transactions to about 3000 in 2015 which rose to one million in January 2018.

Both Bitcoin and Ethereum are facing the same problem. Moreover, as the transactions have grown, there has been a significant increase in the number of blockchain infrastructures in the market. So, with more blockchains, new issues have popped up which needs immediate attention.

Consequences of the Growing Number of Daily Transactions

Like new blockchains in the market, there has been a rapid increase in transactions which has its own consequences.

Elrond: A Solution To The Existing Blockchain Issues

Elrond is a new blockchain technology that uses the SPoS consensus and state sharding mechanism to overcome the scalability issue of blockchain. Elrond aims to bring in a more advanced blockchain service by initiating low-cost transactions and more speedy completion of transactions in the network.

The Adaptive State Sharding mechanism will help improved communication between the different shards in the blockchain and improve storage and processing through the sharing of available resources.

Each shard can process only a portion of the transaction and thereby using only a part of the storage space. As new users join the network, the number of shards will increase thus increasing the processing of more transactions.

Elrond uses the improved version of proof-of-stake, the SPoS. The SPoS consensus mechanism provides a random sampling of a consensus group of validators. The sampling is done through the previous signature of blocks. Each validator will validate the blocks by voting in the pBFT (practical Byzantine fault tolerance) consensus by sending a signature. The process is an improvement over the energy-consuming PoW mechanism.

To attain interoperability between different blockchains and eliminate third-party interference, Elrond has implemented the “Elrond Virtual Machine” or Meta VM compliance. Elrond’s VM will ensure solidity, IELE, and WASM for executing smart contracts and ensure scalability to the blockchain networks. The latest technology achieves 10,000 transactions per second with a 6-second latency. The Meta VM is obtained through the K Framework.

Elrond Vs Developments So Far:

Elrond, comparatively new in the market has come out with some radical suggestions to overcome the issues of scalability that blockchain faces today.

Elrond has recently issued its Testnet update. According to the live update, Elrond can generate 10,000 transactions per second. During the live stream, they achieved 10,000 TPS with a 6-second latency with only five shards (plus metachain) and 126 nodes running on AWS from six different geo-locations. The Testnet validates the mass adoption of Adaptive State Sharding along with the SPoS mechanism. The blockchain also uses BLS multi-signatures for the validation of the consensus group.

During the last meetup with community Elrond team demonstrated 65k+ TPS with 20 Shards. 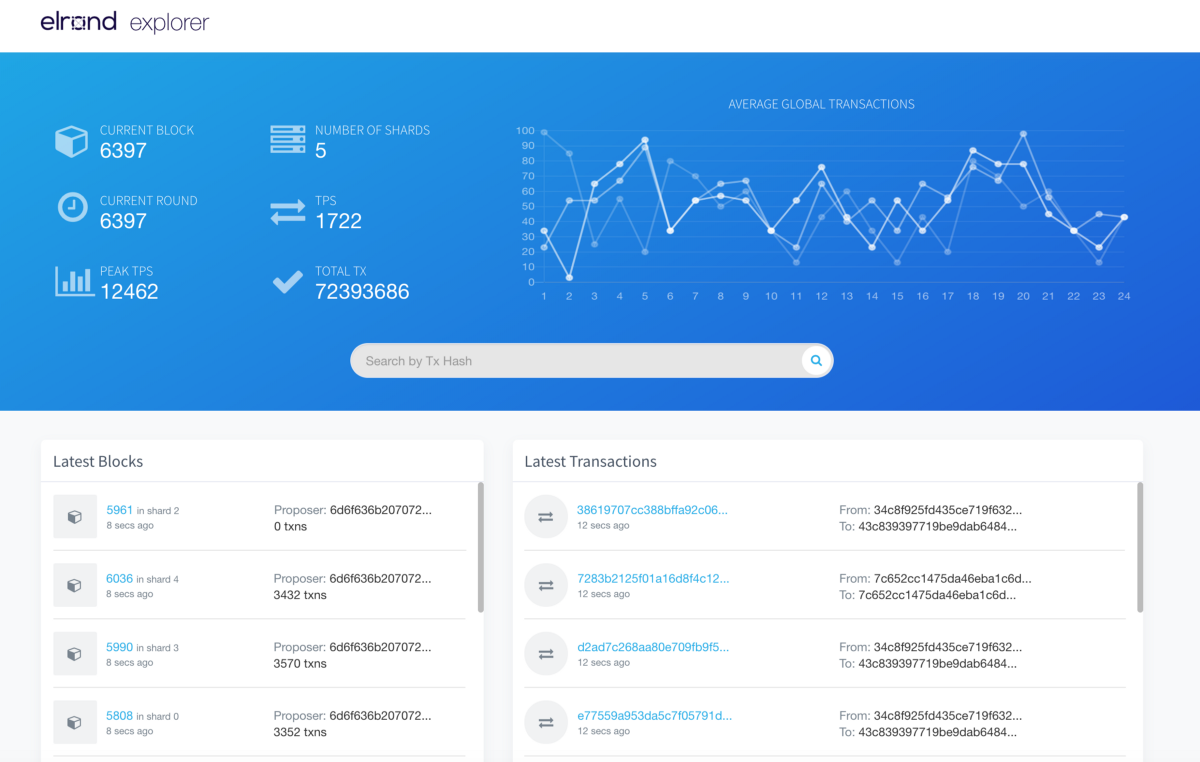 Netopia Payments – Elrond has made a strategic partnership with Netopia Payments, a leading payment provider in Romania. Elrond will now be able to access and appeal to a much wider market to Eastern Europe through the acceptance of ERD tokens.

Distributed System Research Laboratory (DSRL) – Elrond has also integrated with DSRL to provide a platform for the application of blockchain services to energy fields and also to provide knowledge-based research for scientific and educational programs.

Nash Partnership – Nash, formerly known as NEX has partnered with Elrond for exchange of cryptocurrencies, interoperability between crypto wallets, and browser-based app development within the blockchain platform. Elrond and Nash will integrate the first ever exchange security token ERD for all trading and payment processes across all blockchains. They also want to focus on achieving more interoperability among the blockchain platforms.

TypingDNA Partnership – Elrond has recently announced its partnership with TypingDNA, a leading biometrics company. The joint venture seeks to improve security in the Elrond blockchain platform and ensure more privacy and safety to its users.

SmartBill Partnership– On 6th June 2019, Elrond announced its joint venture with SmartBill, a SaaS-based service provider for invoicing, accounting, and management of inventory. The partnership aims to provide a trust-based platform with transparency and traceability to its users. Presently, SmartBill has more than 60,000 clients, 2 million issues that are invoiced per month generating a total value of 350 million.

Xangle Partnership- Xangle is a crypto asset discloser platform. This partnership will help investors to get all the information to make an informed decision.

HoloChain Partnership- Holochain is a disctibuted open source framework to develop peer-to-peer applications. . During the last meetup with the community Elrond announced partnership with Holochain to provide extra flexibility and performance to developers and dapps.

Other Partnerships- Elrond has futher announced partner ship with other players in the market which are listed below:

More info about the team

Power consumption, scalability, and cost of the transaction are the top three obstacles to the mass adoption of blockchain. Many proposals have been submitted and developments such as Hyperledger and Zilliqa gained a success to overcome these issues significantly. High-performance infrastructure blockchain like Elrond is required to build independent decentralized applications that can operate flawlessly with an increase in activity. Elrond has achieved the set milestone of the testnet launch with 10k TPS which validates the ability of the team to turn possibility into reality. The expected launch of the Mainnet is scheduled in Q3 of 2019.