Could the Pandemic Push Cryptocurrency Into the Mainstream? 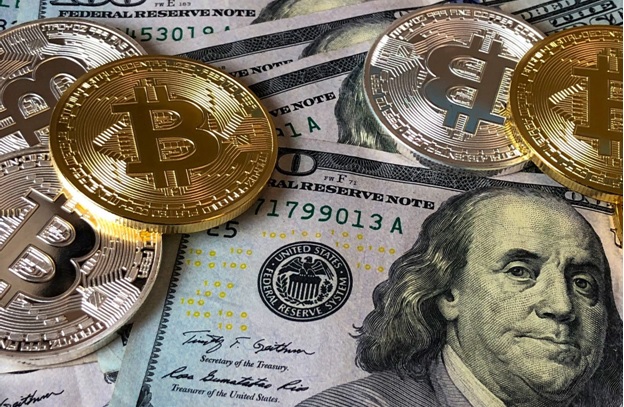 The ongoing pandemic has sent some companies’ shares into the stratosphere. Google’s stocks soared amid the chaos, Amazon’s shares went through the roof, and Zoom, everyone’s favorite video conferencing tool (that we all learned to hate after months of working from home) has seen its revenues grow by a staggering 355% in the second quarter. On the other hand, pretty much every industry in the “real world” – travel, hospitality, entertainment, and others – have seen their share prices drop like never before.

The virus that’s still spreading across the world has prompted governments and authorities to impose several measures and issue recommendations – among many others, they recommended that people avoid using cash (one of the many things that can’t be disinfected) and use alternative payment methods instead. Contactless digital payments were pushed as viable alternatives to bills and coins in real-life shopping, while eCommerce and takeout replaced browsing the shops and eating out. The pandemic has done more for a cashless society than all enthusiasts and advocates ever could.

Could this mean it’s time for cryptocurrency to shine?

The pandemic has apparently increased the public’s appetite for cryptocurrency – especially Bitcoin that reached highs not seen since the boom in 2017. Awareness of cryptocurrency has grown significantly ahead of the pandemic, with almost 4% of the population owning at least one type and more than 70% of the people knowing about them as opposed to 42% in 2019.

Although the Bitcoin “boom and bust” has come and gone, there’s still a lot of talk about cryptocurrency online – whether it’s in relation to a TikTok star or a high-profile Twitter hack.

While banks are understandably against cryptocurrency – after all, it threatens their business model, their profits, and their raison d’être – they, too, are embracing it or at least adapting it to their needs. Banks have started experimenting with proprietary tokens – like the JPM Coin – to speed up their overseas transactions. These help them to reduce their reliance on intermediaries (like SWIFT) and speed up their international transactions significantly.

With the increasingly widespread adoption of cryptocurrency and stablecoins, an ever-increasing number of people gain access to them.

With each year when it doesn’t go away, the credibility of cryptocurrency is growing. Gone are the days when speaking about Bitcoin was met with blank stares and nervous laughter. Now an increasing number of financial institutions have embraced cryptocurrency, and prestigious university endowments are also investing in it. Pandemic and all, this may be the year when everyone finally hears about digital money as an alternative that’s here to stay.