There’s never a dull moment in the world of politics. Those hoping that the start of a new year would impel the turning over of a new leaf for a news cycle that in 2019 was as chaotic as it was captivating will have to wait. With impeachment hearings happening on the floor of the US Senate, war drums beating in Iran, wildfires raging in Australia and governments resigning in Russia, these days it seems like life only knows one speed; breakneck. 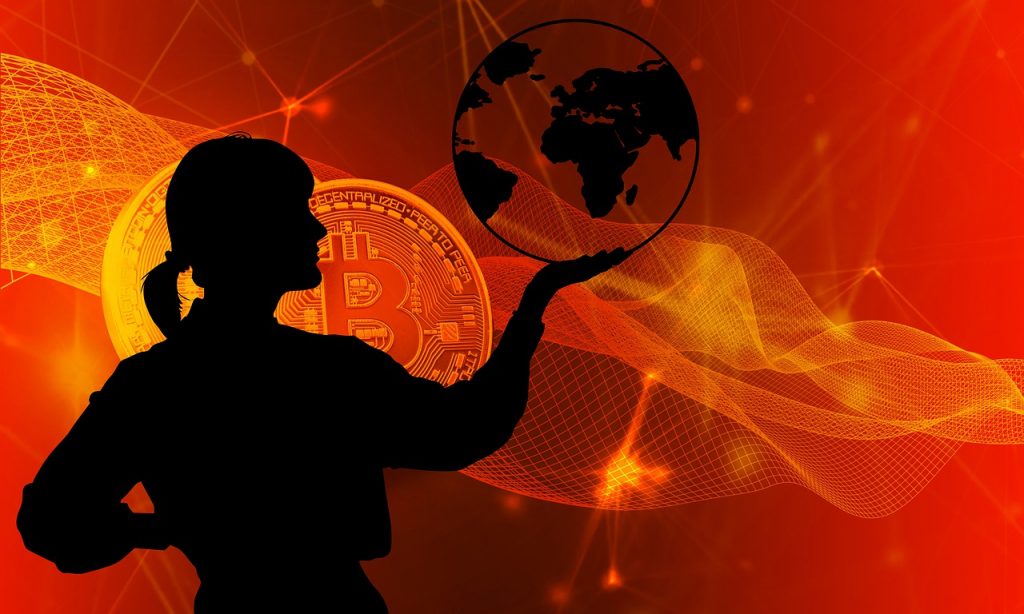 If there’s silver lining to be found in what seems to be ineradicably establishing itself as the modus operandi of modern life, it’s that for us — I mean us members of the crypto community — the concept that at any moment of any given day the composition of life can fundamentally change is, well, old hat. We have long since grown accustomed to rapid change and daily rollercoaster rides of emotion. The old conundrum of: if a tree falls in the forest and there is nobody around to hear it, did it really fall? Could well be changed in crypto to: if a day passes in the crypto space without some poor hodler suffering a volatility-induced panic attack, did it really pass?

The thing is though, if recent history and the beginning of this year (this decade!) is anything to go by, these two worlds, that of politics and that of crypto, are getting more and more entangled with each other. North Korea, long accused of illicitly acquiring a fortune in cryptocurrency, has been in the news recently as American Ethereum developer Virgil Griffith has just been charged by US authorities for illegally travelling to North Korea and participating in the country’s first cryptocurrency conference last year. With another conference coming up in February, UN experts have warned people about travelling to the event.

The events in North Korea are just part of the picture. And, to be fair, the developments that get the most coverage tend to be those that are the most provocative, while there have been a number of seemingly positive developments as well. Things, as always, are up in the air and there are a variety of opinions on how global politics and cryptocurrency will continue to affect one another. For some perspective on how things are playing out now and what to possibly look towards in the future, we’ve reached out to a long-standing figure in the crypto community, and someone who has been actively involved in the space since its early days, in Changelly cryptocurrency exchange CEO Eric Benz.

Governments of all stripes getting involved

We started by talking about how with crypto right now there is this fascinating light/dark contrast in the way it is being explored and used by governments around the world. On one hand you have what we mentioned with North Korea, where this technology seems to have been grasped onto as a means of harvesting resources for a totalitarian regime, and on the other you have efforts being made in the US and China and other major countries around the world to incorporate cryptocurrency into their economies in meaningful and legitimate ways.

Benz is decidedly optimistic about the way things are going, but like most who have spent a good chunk of time in this space, he is wary about making any kind of predictions moving forward. What Benz is adamant about though is that the fact that we are seeing cryptocurrency and blockchain cross over into the highest spheres of public life is to be taken as evidence that it has begun to really establish itself.

“Crypto is here to stay,” according to Benz, “governments worldwide are looking at all possible use cases in order to get crypto to work for them and to get a foothold in what is becoming more widely recognized as the financial arena of the future. Of course, now we are still in the early stages of this process, so there’s a bit of a Wild West feel to things at the moment, especially with all the coverage that North Korea is getting. However, their attempts to exploit the value of cryptocurrency to their own advantage do not have much to do with the technology itself. In time I think the bad actors will be forced to exit the stage, but for now, the fact that governments from all across the geopolitical spectrum are trying to get involved with cryptocurrency has to be taken as a positive indication of its future value.”

We then discussed whether there was a particular strategy that one could discern in the way governments have changed their approaches to financial technology. Benz noted that governments, like members of the crypto community are well aware of the nascency of the technology in question. According to him, it is still too early to formulate any kind of long term strategy outside of opening the door and providing support and avenues of integration into the economic structures in place.

Benz also clarified that it is difficult to talk in broad terms about strategy due to the diversity of approaches in different countries: “Even if you just look at America, what is the strategy? Or, rather, how can you melt all the different strategies and ideas down into one understandable idea? What can be said is that there is great enthusiasm, and that enthusiasm has crystallized, and will continue to crystallize, into creative ways of making the most out of the potential in play here — both in terms of technological development and corresponding regulatory frameworks.”

“Even regulation itself, I mean we have to take it as a sign of victory that they are opening their doors to us, but more often than not regulation is a secondary thing. What I mean by that is that we should probably look at companies like Facebook and others, who regulators are constantly working with and following, we should look at their involvement in crypto as the steps forward we have been anticipating. You can’t really overstate the effect these companies have on policy.”

The private sector is key

From there we went on to further examine the private sector and, in particular, banking. Benz is of the opinion that we are on the verge of a comprehensive restructuring of the banking system as we know it, with blockchain working as the catalyst for this change. Benz highlighted two things that he believes are important to consider in this process. First, he pointed out that the old banking system is outdated and has failed to serve vast amounts of people around the world adequately. Now that there are possibilities of breaking it open, and making it more fast, convenient and inclusive, it is in everyone’s interest to see that it happens.

Secondly, banking and finance constitute “the heart, the foundation of much of modern life. We are seeing institutions that have held the reigns of power around the world changing the way they do business because they have seen the potential of blockchain and don’t want to be supplanted by what is coming. That is huge and part of the reason why we are going to continue to see politics and the blockchain become further intertwined. And we are just at the beginning now, it would be hard to imagine a large scale integration of blockchain technology into global trading not happening at this point. And when that does happen, the price of Bitcoin and some of these other coins doesn’t really have a ceiling, so to speak.”

As a last thought, I asked him whether this vision of the future still has a place for the decentralized, anonymous idea of cryptocurrency that was so key to its beginning. Benz said that with the influx of corporations, big banking and government into the space, it was impossible to say whether there would be much room for decentralized and anonymous platforms to exist in the way they were originally envisioned. “However,” Benz elaborated, “you can’t really count it out. Hopefully, as cryptocurrency develops further the choices that users have are not limited. The way things are going now, with privacy concerns popping up at every corner of online life, if we’re going to be able to find a solution, a better way of going about things, my money is on this space figuring out a way to do it.”

If there’s one thing for certain, it’s that while this all plays out, we are in for a wild ride. Thank you for reading and stay tuned for more on the ways digital finance is changing the way we live now.