Polkadot (DOT) is one of the most advanced crypto and blockchain networks in the industry. It is considered to be a next-generation blockchain protocol that aims at giving control back to individuals. The project is funded by the Web3 Foundation and it has hundreds of developers working on different solutions. 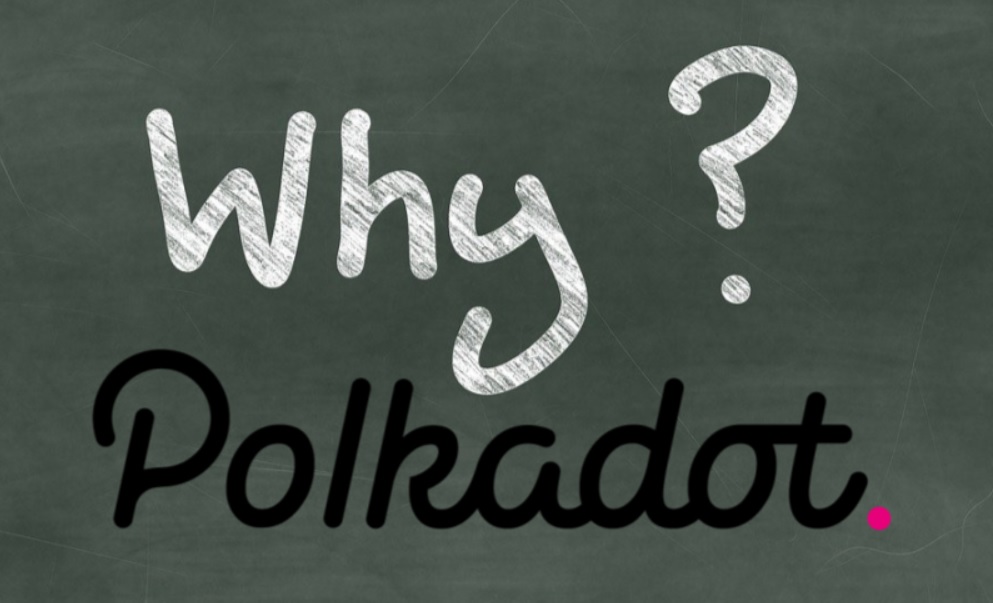 What is Web3 and Why is it Important?

Web3 is the definition given to the next generation internet with a focus on decentralization and data privacy. This network is powered by decentralized applications (dApps) and it takes the power from traditional centralized services providers.

There are several blockchain networks that are creating decentralized ecosystems using blockchain technology. These protocols focus on users, their privacy and data. Despite the fact that there is almost no data collection the monetization of Web3 could take place in a different and more transparent way.

Web3 is important because it helps users take control of the systems in a decentralized way. Moreover, Polkadot is helping make it easier for dApps developers to be connected with each other and offer better services to individuals and institutions.

Reasons to Invest in Polkadot

Since the start of this year, the price($) of the DOT token gained more than 350% and the numbers are counting. Therefore, some good reasons for you as an investor to consider when buying some Polkadot cryptocurrency.

Interoperability with Other Blockchains

Polkadot focuses on blockchain and dApp interoperability. This is definitely one of the main characteristics of this blockchain network. While blockchain networks struggle to communicate one with another, Polkadot makes it easier for them to share data and information.

This cross-chain communication becomes a core part of the Polkadot ecosystem as a whole. Moreover, companies and dApps creators can focus on their products rather than trying to make them compatible with other networks.

Interoperability has been one of the main challenges faced by traditional blockchain networks in recent years. With Polkadot, cross-chain communication could become easier and faster than before.

Scalability of the Entire Network

One of the main issues faced by blockchain technology is scalability. It is known that some networks such as Ethereum (ETH) or Bitcoin (BTC) have faced scaling issues in recent years.

Polkadot is a sharded and multichain network that can process a high number of transactions for low fees and without having issues doing so. Transactions can take place on parallel blockchains and bottlenecks are then avoided.

By offering this solution, Polkadot becomes a blockchain network that could handle a large number of transactions in an efficient way and in a decentralized manner. In order to do so, Polkadot uses parachains that run in parallel to the main Polkadot network. In this way, transfers can be processed and information can be shared.

Cooperation with Substrate Leads to Innovation

Moreover, the Substrate framework allows developers to integrate existing data or business logic into blockchain solutions. This makes it easier for participants to get access to the benefits of distributed ledger technology.

Network upgrades and improvements are necessary. This is something most of the blockchain and crypto companies already know. However, traditional blockchain networks struggle to upgrade their services and solutions.

This shows it is difficult to have a network that would operate and improve its protocol without hard forks. Until now. Polkadot allows for seamless and forkless upgrades. In this way, it is possible to fix bugs, improve different characteristics of the network and offer better solutions to users.

Security Will be Customized

By using the Substrate framework, it is possible to get interoperability and security. This can be achieved from the first day a developer starts working within this environment. This is one of the main features of Polkadot.

Developers can use Polkadot’s data availability and validity schemes that allow the different chains to interact with each other. However, each chain remains independent and follows its own rules and governance.

This offers custom security to each of the blockchains without having to become less independent. Governance remains decentralized and intact while security becomes enhanced.

By using a novel governance system, Polkadot allows all the participants in the network to be part of the decisions. Before any upgrade takes place, stakeholders work together in order to discuss possible improvements and other solutions.

While other blockchain networks are certainly centralized, Polkadot stakeholders play a key role in making the network a better place for developers and participants.

Investors can Participate by Staking

Polkadot is also a blockchain network that allows interested users to stake their DOT coins and earn rewards on them. By using traditional incentive systems, token holders are pushed to operate in an honest way. In this way, the network can smoothly run avoiding issues and problems.

Those users that work properly will earn rewards depending on their stake. In this way, DOT allows holders to earn passive income on their funds. Staking activities can be performed through a wide range of platforms, including exchanges.

Actors that operate maliciously will lose their stake in the network. This is a great way for developers found to punish those that do not work to improve and secure the network.

Polkadot is one of the most innovative projects in the crypto market. The solutions they are currently providing are certainly allowing the entire crypto market to grow faster and in a much more sophisticated way.

Polkadot represents a novel way in which blockchain networks can cooperate with each other. Finally, it also shows it is possible to offer blockchain solutions that are scalable, easy to improve and implement and that can be adapted to different protocols.