Zero carbon project is an online platform used to tackle climatic changes with the help of advanced blockchain technologies. It also uses international carbon credits, in addition to the blockchain strategies. It meets the supply demands by incorporating batteries for the extraction of energy. It is primarily utilized for the purpose of minimizing carbon emissions. It is also used to beat the price of fossil fuels and renewable energy resources. It creates faster impacts over carbon emissions. The electricity released from the fossil fuels is highly affordable in nature, so that it is normally chosen by the consumers of this platform.

It mainly focuses on attracting suppliers with best deals and price rates. It incorporates some third party crypto currency exchanges for contract completion. 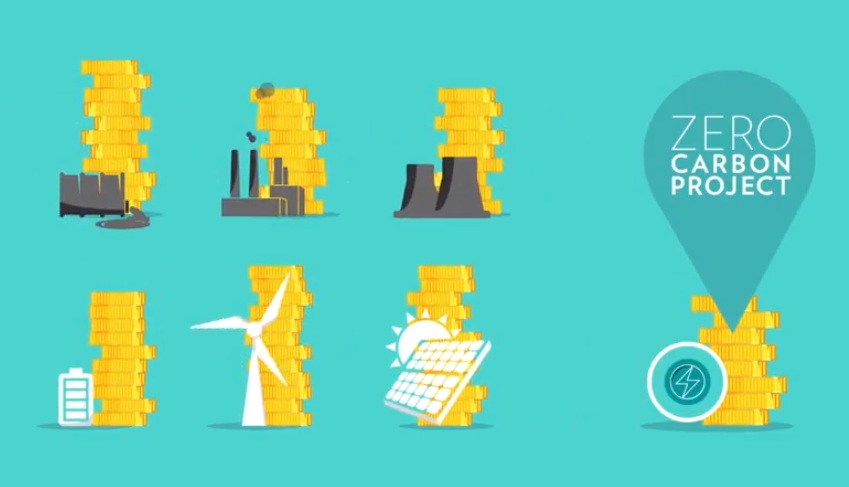 Derek Myers is the Founder as well as the Chief Executive Officer (CEO) of this platform. It is located primarily at Sydney and London. Its partnership concerns include Amazix, Beond, and Luna labs and so on.

The two major missions of the zero carbon team is to introduce a carbon – free world and to assist its clients in reaching their ambitions.

The tokens of zero carbon project are usually called as ‘Energis tokens’, which are nothing but a type of utility tokens. They are ethereum ERC – 20 tokens, basically built to offer incentives to the valuable consumers of the platform. All kinds of transactions made with the energis tokens are managed by the use of smart contracts. Only sophisticated buyers with greater experience and knowledge are permitted to purchase energis tokens. In addition to the benefits, energis tokens also have some associated risks. The tokens, which are left unsold will be burnt at the end of the sale.

Initially each and every supplier of the zero carbon project is allowed to submit their offers and deals. The consumers are then allowed to select the best and cheapest deals by making proper comparisons. Such comparisons are usually made with the help of an online business auction system and household switching system.

Recommended
Orvium ICO Review: Open and Transparent Science Powered By Blockchain
This perhaps is the first open source as well as…
Cresta Posts Box by CP