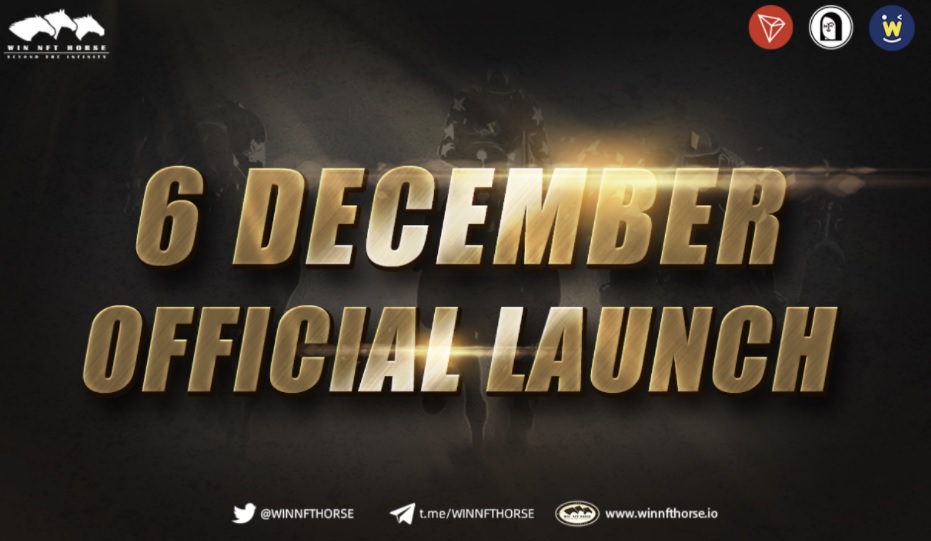 After six months of active development, the team behind WIN NFT HORSE, one of the hottest GameFi projects in the market, officially launches the open beta test on December 6, 2021, on the TRON network.

WIN NFT HORSE is a “GameFi NFT Metaverse” multi-chain horse racing game jointly developed by the APENFT Foundation and WINKLink, powered by TRON. The game runs on both Ethereum and Binance Smart Chain (BSC), as well as being the first-ever GameFi project launched on the TRON blockchain.

After the close beta test on the TRON network on November 18, all data was erased. As a result, only the original horses (NFT) have been retained. This upcoming version on TRON will save the player data, allowing players to experience the joy of the game.

WIN NFT HORSE is a high-quality horse racing game that offers plenty of entertainment and rich battle gameplay built over eight different levels and has impressive visual effects, with precise details of both the riders and horses. Players can complete daily tasks and match through a single horse or match different levels of horses to create unlimited combinations and use their strategy to play against other players. With downloads supported on all platforms, WIN NFT HORSE allows all GameFi fans to join in whenever and wherever they want without the limitation of mobile phones.

“WIN NFT HORSE has always been committed to exploring new GameFi ideas, leading the new wave of “play to earn” while transforming the traditional game world,” said Lam Wang, Project Lead at WIN NFT HORSE. “We believe that blockchain games have a bright future and hope to introduce GameFi technology to a larger segment of the market while giving players enough incentive to engage and benefit in the process through WIN NFT HORSE.”

The WIN NFT HORSE team is also running an airdrop event for TRX & NFT holders; the entry date has now been extended until December 6, 2021. For more information on rules and how to enter, visit Medium.