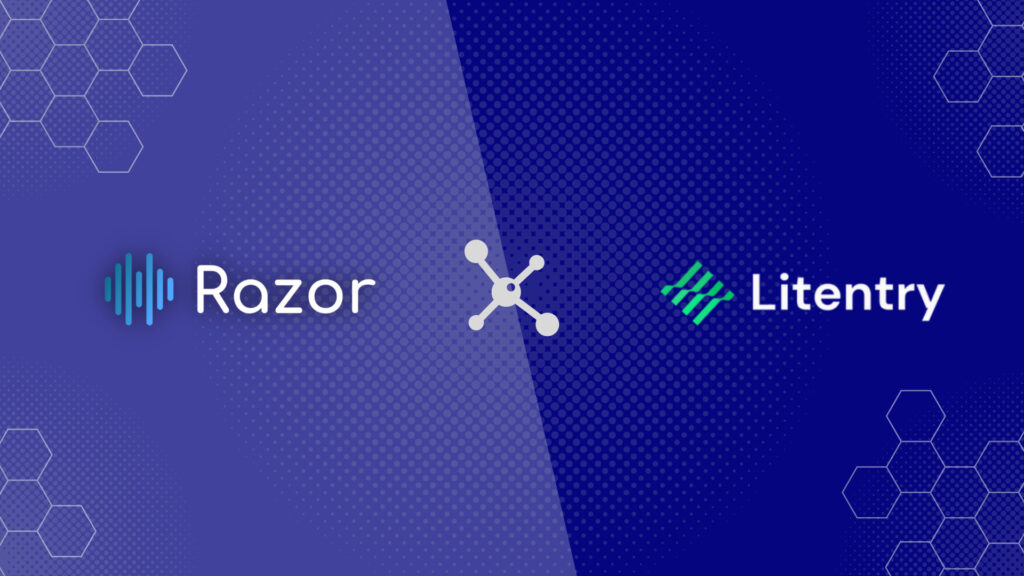 Razor Network to provide its validator network to Litentry for verification of data sourced from multiple blockchains.

Razor Network, the first truly decentralized oracle network for dApps has partnered with Litentry, a cross-chain Decentralized Identity (DID) Aggregator. The partnership will allow Litentry to utilize Razor’s Validator Network to verify the authenticity of data collected from multiple blockchains for its DID Aggregator.

As one of the leading oracle networks, Razor Network offers reliable and secure real-time data feeds for smart contracts used in various decentralized applications. It is a blockchain agnostic solution that is designed to ensure data integrity through a reliable validator network. All validators on the Razor Network contribute to enhanced security and self-regulation for assured data fidelity by staking RAZOR tokens.

On the blockchain, DID represents a unique ownership identifier that enables users to access various services, including credit lending, KYC verification, DAOs and more offered by different dApps. In the absence of universal standards for dApps, and the use of different blockchain systems leads to creating multiple DIDs for a single entity. Litentry DID Aggregator makes it easier for users and applications to manage digital identities by integrating DIDs from various networks and standards into a single platform. In addition, Litentry also enables anyone to upload and share their identity-verification algorithms on the network, which helps streamline the entire process of DID indexing, authentication, linking and aggregation within a single service.

The Razor Validator Network will act as a completely decentralized third-party DID data verifier. It will ensure the accuracy of digital identifiers collected from different blockchains before feeding it to the Litentry smart contract.

“Litentry is fulfilling a crucial role in the blockchain industry today. With identity data being scattered over multiple blockchain protocols, Litentry aggregates all this information in one place and ensures that the user experience of identity management on DApps is as seamless as on Web2.0. We look forward to helping Litentry on this journey by verifying the authenticity of the data that Litentry aggregates. Growing together with projects which share a similar vision with Razor has been one of our primary goals, and Litentry fits the bill perfectly.”

Hanwen Cheng, CEO of Litentry Network, said about the partnership, “Razor is providing trustless data for decentralized protocol and applications, We are excited to work with the Razor network, and looking forward to creating a fair and attractive mechanism for data providers to indexing identity-related data.”

The use of a highly secure, decentralized Razor Validator Network eliminates the necessity of involving centralized third parties and accompanying potential single points of failure that could compromise private information. Litentry will also be able to maintain complete transparency throughout the data procurement and aggregation process.

Litentry is a cross-chain Decentralized Identity (DID) Aggregator built on the Substrate framework. It links user identities from multiple blockchain networks to create a decentralized, verifiable identity aggregation service that removes the redundancy of code and the hassles involved in resolving agnostic DID mechanisms. Litentry’s DID Aggregator is compatible with all DID standards and powered by a reliable DID data interface. Everyone can build and submit DID methods to Litentry, making identity data easily accessible in the Web3.0.

Razor Network is a decentralized Oracle network, which provides secure and reliable real-world data feeds for various blockchain-based applications and services, such as Decentralized Finance, Identity, Insurance, Prediction Markets, and so on. Razor’s performance is superior and more secure than traditional centralized oracle services, as Razor relies on a network of Validators for verifying data authenticity and ensures maximum game-theoretical security. Moreover, Razor is blockchain agnostic and can be easily integrated by developers working on a range of blockchain networks.