The transactions in Blockchain are done using cryptocurrencies. These cryptocurrencies are stored in wallets of the users who use these coins for their transactions. Wallets are nothing but a software that holds these virtual coins. Blockchain is a world-changing technology, but it definitely has its own limitations and problems. Let us now look into the challenges that Blockchain needs to overcome.

The underlying cost of transaction: There is a lot of computing power required to run the system. The system involves some complex algorithms and encryptions which again requires a sophisticated and secured network facility. The software needs some highly proficient people to run the system. The companies have to pay handsomely to these professionals. This involves a considerable amount of cost.

Time and Speed: The Blockchain transactions can only occur after it receives a network confirmation which can take few minutes. This slows down the process itself.

Security Issues: The system relies on a ledger which keeps track of all the transactions. If this ledger is compromised it might cause a security breakdown.

Scalability problem: Large scale deployment of the technology often gives rise to the problem of scalability. With the rising popularity of cryptocurrency, the scalability issue will be more severe and there will be limitation in the transactions that the Blockchain can process.

Politics: Blockchain sometimes has to face political and regulatory interference as well. All Blockchain data is visible to its users. However, corporations and the Government have a need to protect some of their sensitive data for security reasons. This sometimes can hinder smooth functionality of the system.

Privacy: The Blockchain is an open platform where the transactions are transparent and can be viewed by all users. Therefore, it might cause a security issue for certain confidential corporate and Government deals.

Quickx was founded by a company called Secugenius, which is a cyber security company based in India. Quickx facilitates all the off-chain transactions of Blockchain assets and supplies liquidity for cross-chain transfer of crypto assets. Quickx is a decentralized platform, which aims to solve some of the critical problems that Blockchain technology faces today.

The Quickx protocol aims to make thousands of transactions with a cost which is next to zero. Quickx will simplify the Blockchain technology by overcoming the constraints of time, speed, cost and scalability. The technology is based on Lightening and Raiden network, which will connect all the Blockchains, facilitate liquidators and make the transactions work faster.

An instant solution to cross-platform transactions.

Multi-currency wallet: This feature enables a multi-currency debit card, a cryptocurrency swap option and a payment gateway. So it allows transfer of different cryptocurrencies between different users of the platform. It brings all the Blockchains into a single platform thus eliminates the problem of exchange of cryptocurrency. The Quickx payment protocol helps in cross-chain transfer of crypto assets without the involvement of intermediaries.

Reduction in cost: The Quickx protocol enables thousands of transactions within a few milliseconds and also limits the involvement of intermediaries thus there is a significant decline in the cost of transactions.

Scalability: The Quickx adheres to maintain a very high quality in their transactions thus reducing the problem of scalability.

A common Platform: All the Blockchains will now operate on a common platform. It will improve liquidity and also bridge the gap between private and public Blockchains.

User-friendly Interface: The simplicity of the system itself will endeavour faster transactions thus saving time and cost of the process itself.

Quickx Protocol was specifically designed to overcome the many shortcomings of Blockchain and cryptocurrency like speed, scalability, cost, and cross-chain transactions. Quickx is a highly innovative one-time solution to all these critical problems. 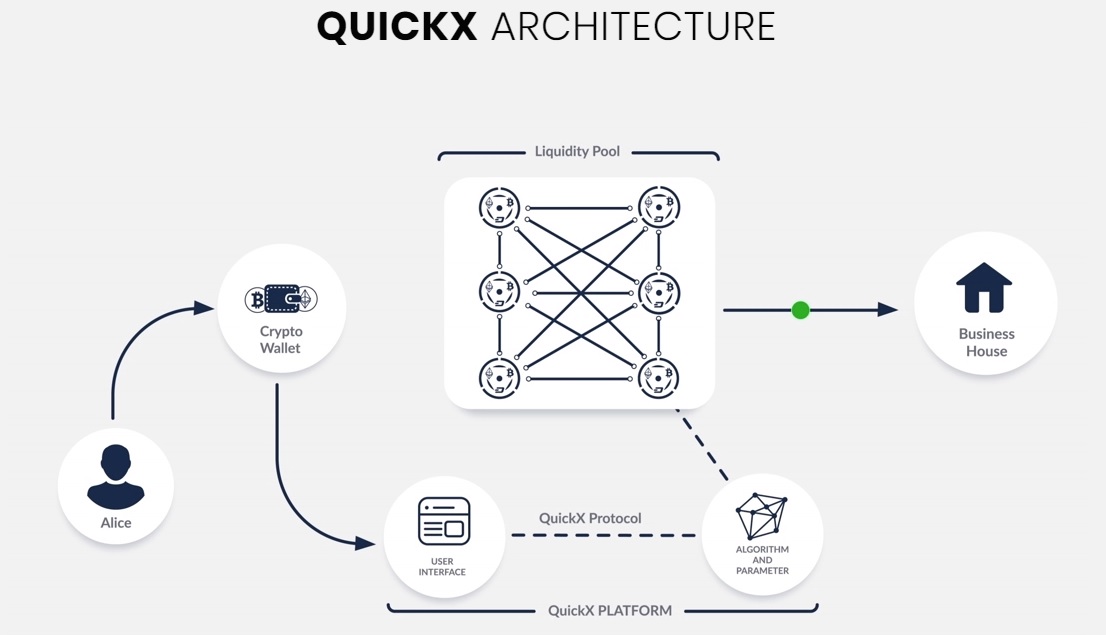 Here is a short video, See how it works: