Playkey is a cloudgaming platform with technology Blockchain which helps the gamers to play new games on old computer without increasing the hardware configuration at a reasonably-price. It is contemplating an ICO with intent of exponentially accelerating the pace of cloud gaming development through decentralization. The aim is to offer players a reasonable opportunity to play top new games anytime, anywhere, using any device connected to the internet without having to buy a high-end computer or console.

The team of Playkey consists of 45 experienced R&D specialists; collaborate with leading gaming publishers including Ubisoft, Bethesda and Wargaming. 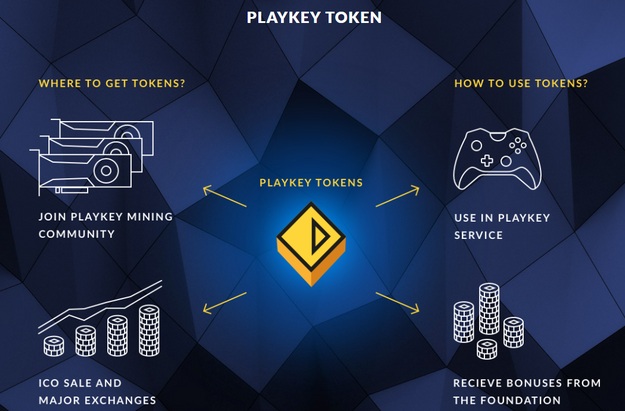 The gaming is now moving into cloud, following video, music and other services because cloud gaming is 10 times cheaper than owning personal gaming hardware (PC/console). The development of GPUs, internet, and high speed streaming have being another reason for online gaming. That’s the reason why Playkey is becoming so essential for online gaming. As it provides a decentralized ecosystem based on block chain technology for the mines and players, it has created a scope of making some money for the private/professional GPU owners.

HOW THIS CLOUD GAMING IS POSSIBLE?

Many independent owners of powerful computers all over in the world (“miners”) join the Playkey community and act as providers of games to others through cloud/online platform. This creates a high level clouding gaming service in the form of a smart mining-gamer contract. This smart contracts will establish different initiatives, including managing the infrastructure society to boost mining activity and SLA policies, marketing and public relations, global strategies for the cloud gaming industry and relationships with the token holders.

The Playkey team has been working together since last 4 years and has as many as 60,000 paying customers. But the team wants to scale at a fast pace, which requires large funds. To do so, Playkey has introduced an open source cryptographic token-PKT, which will be used to buy and sell cloud game subscriptions, any Playkey service and future products.

The PKT token will be used for all the economic transactions happening within the Playkey community. The token will also be used as a basis for interaction with other digital services. The tokens will be issued through the ICO. The pre-sale has already begun and the ICO will formally begin on November 1st. the PKT tokens will be useful to the Ethereum public string in accordance with ERC20.

WILL IT BE MONEY-MAKING TO PARTICIPATE IN PLAYKEY ICO?

HOW TO PARTICIPATE IN THE PLAYKEY ICO?

Participating in ICO is always a very risky business for the participants. So a complete study of that ICO and a responsible decision always required. As PKT tokens are sold for Ethereum, 1PKT=0.004 ETH. At the beginning of the project a bonus of 15% for the participants of Crypto-currencies Platinum training course is provided, which melts with time.