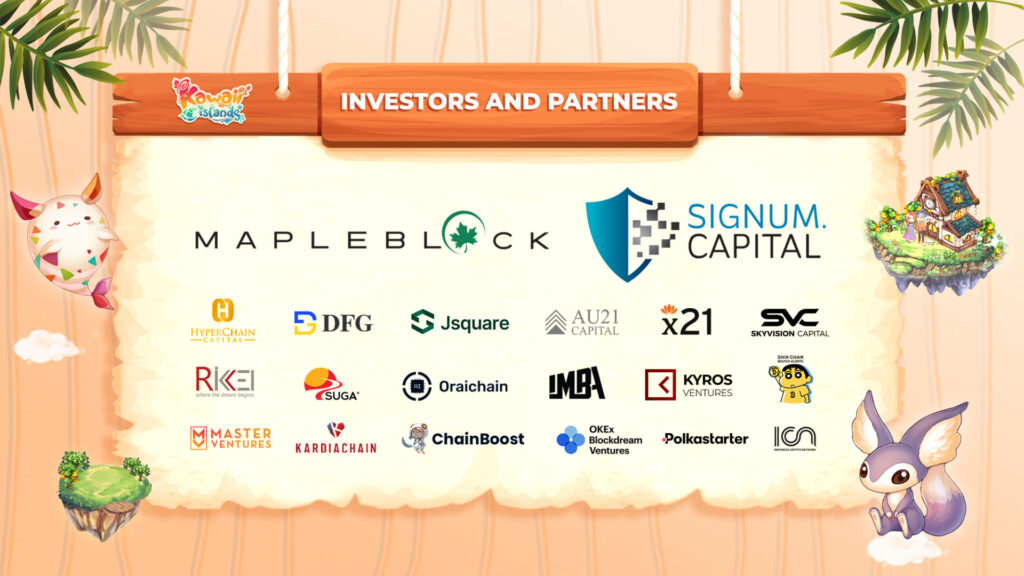 Play-to-earn blockchain games continue to take the world by storm, and Kawaii Islands is ready to throw its hat into the ring. Following a $2.4 million private token sale round, the NFT-based blockchain game will debut in September 2021. As an enchanting fantasy game in the cloud, players can simultaneously experience simulation gaming, including building, crafting, farming, and social networking.

Global investors have shown a keen interest in the play-to-earn blockchain gaming industry. Dozens of game offerings seek to empower players by letting them earn in-game items and sell those for real cash. Through active marketplaces, game developers and publishers can create a different level of player interaction. Kawaii Islands is one such game that seeks to empower players and bring value to the KWT token.

Kawaii Islands gamifies decentralized finance (DeFi) mechanics to make players combine entertainment with earning money. The possibilities are limitless, as players can build their on-chain business and expand their creativity. Kawaii Islands integrates both off-chain activities like growing and raising magical resources and on-chain tasks like crafting furniture for home decorating, providing challenges to earn in-game currency, and more. Additionally, the social aspect of this play-to-earn game introduces an extra layer of entertainment and competitiveness.

The vision of Kawaii island has attracted the attention of many prominent investors. The team behind the play-to-earn game raised $2.4 million in a private tokens sale round led by MapleBlock and Signum. Noteworthy investors include DFG, JSquare, AU21, Rikkei Capital, SL2, Chainboost, Polygon,OKEx Blockdream Ventures, KardiaChain, Polkastarter, etc. The successful sale round confirms the team’s vision for play-to-earn gaming and the validity of its overall model.

Vijay Garg, CEO of Mapleblock Capital, who is the lead investor of the project said, “Kawaii Islands has strong design elements and fun mechanics that were inherited from its predecessor game series,” he added, “the AI-powered verification of on-chain game NFTs, will unlock a deeper layer of engagement compared to traditional gaming”

The anime metaverse created by Kawaii Islands puts the player in complete control. Creativity can run wild through the crafting, decorating, styling, and social networking aspects. Those with artistic and story-telling skills will create a Web3 economy within the game under a “create-to-earn” model. It is the first time a blockchain-based play-to-earn game introduces such functionality on a large scale.

An Alpha version of Kawaii islands will go live this month, allowing players to explore this anime metaverse and tailor the gaming experience to their preference. In addition, all in-game achievements and accomplishments will earn players tokens, which are used to purchase assets in the game.

The roadmap for the game includes various to-be-unlocked milestones, including NFT farming, KWT staking, seasonal events, renting, and the opening of one’s online business on-chain. Kawaii Islands welcomes anyone and everyone who likes to explore a fully customizable anime metaverse filled with objectives and social activities!

Kawaii Islands is an exciting NFT play-to-earn game debuting this September. The game creates a fantasy universe on the cloud for multiplayers to experience a whole set of simulation gaming including designing, building, crafting, farming, and social networking. Especially, by gamifying several DeFi mechanisms, Kawaii Islands will bring players a new dimension of mixed entertainment and earning.

Players will need tokens to execute several crafting and social activities in Kawaii Islands while greatly earning back tokens for their achievements in the game.