How Pandemic Could Push Investors Towards Bitcoin

With numerous uncertainties surrounding the economy during any pandemic, many investors could run for Bitcoin investment. Bitcoin is a decentralized digital currency without a single administrator or a central bank. It’s the most prominent of the thousands of cryptocurrencies available. In the wake of any crisis, Bitcoin is said to hold the economy since it is not directly affected by money-related factors like inflation. It was designed to help limit the global crisis’s impact, especially during the financial crash of 2008. Since there is no involvement of banks and government, this could attract more investors during any pandemic. But the question is, how and why? 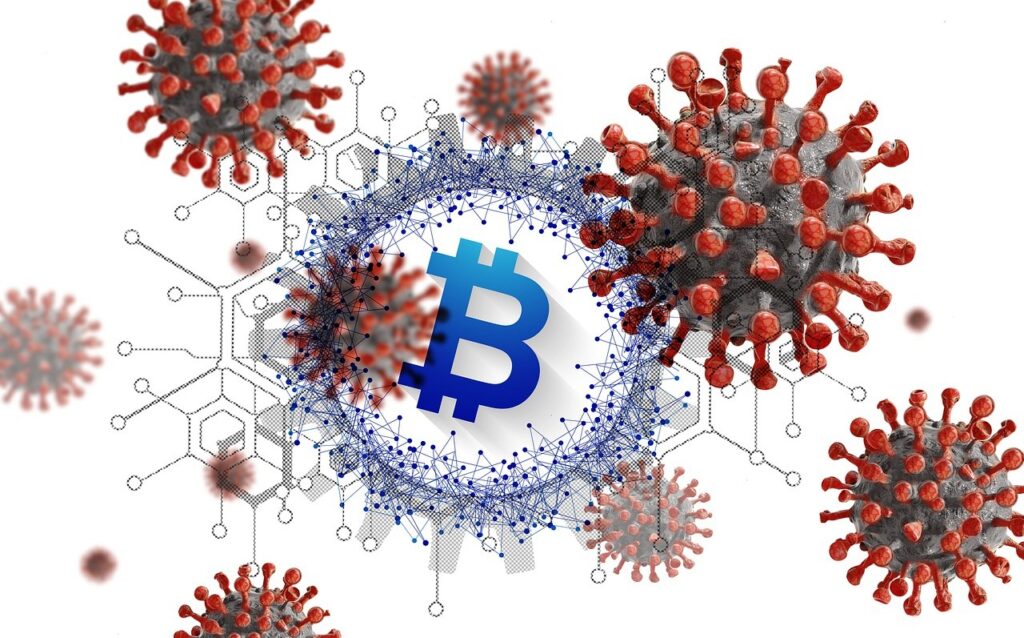 Surging of prices during the pandemic

Bitcoin, as defined above, does not involve the central bank or government intervention. This means the owner is in full control of the currency, maintaining the network. Bitcoin prices surge during the crisis. This simply implies during the crisis; there is less cash circulating in the market, assets value decreases. Investors will take this opportunity to buy more financial assets, such as bonds on the open market, to increase the money supply. In the aftermath of the 2008 financial crisis, countries like the UK and the US had to buy more financial assets to boost the economy. This was aimed at increasing the economy.

Bitcoin as a Safe haven during the pandemic

Pandemic does not only affect small money enterprises (SMEs), it also affects the broader economic system and the financial markets. During such times, people often turn to investments they consider as Safe Havens. These are investments that tend to retain or increase the discount percentage even amidst pandemic. Bitcoin is currently the most sought digital investment after the local financing, gold. Cryptocurrency investment is profitable to investors since it has lower transactional and storage costs. The only cost incurred is when depositing or withdrawing from the safe. Therefore, Bitcoin investment by investors during a pandemic has several merits:

In every pandemic, there is some effect that comes with it. Investors will try to advance on their modes of business. There is no difference in Bitcoin investment. Investors will turn to Bitcoin. Similarly, there is a need for digital means of transactions, and Bitcoin provides that. Bitcoin mining and gold have been competing for long. However, gold is much more affected by transportation changes making Bitcoin to be the most preferred. The 21st century and investors need something that is not disrupted by state orders and transportation problems. This aspect makes Bitcoin relevant in times of global panic when familiar ties are disrupted, destroyed, and decree upended.

Bitcoins’ point of attraction is it provides the freedom to convert its value into a form of money that defies manipulation. Bitcoin invariably attracts those who see the degree of freedom inherent in it. Bitcoin is also the key to secure the financial future of many millennials, meaning that even in times of crisis, investing in Bitcoin secures the future of any investor decades to come as its value keeps increasing. Investors could turn to Bitcoin with the target of yielding more when profit the pandemic passes.

In any epidemic, the world will face unusual problems, including threatened supply chains at international levels, inflation, and unemployment.  There will be an adverse effect on the monetary value of any asset. For instance, an outbreak of covid-19 is a real example of this. European countries experienced stock fall to their lowest levels since 2012 as the virus continues to ravage. During such times, investors need to search for better instruments conducive to a much safer long-term perspective. Digital and fintech apps have seen significant growth, thus speeding overall technological progress. On that note, Bitcoin is safe-to-use to provide remote payments. This is a more important quality in a world that prefers electronic payment to the risk of handling physical currency. Investors are promised safe and fastest growth in their investments. The raging pandemic will not affect the growth of its value as compared to other investments. In case you need investment advice, Loan Advisor will offer everything you need.

Though at its early stages, Bitcoin is the most exciting and promising currency development. It has ignited the imagination of many billionaires. This is because Bitcoin is an asset that has unlimited potential growth. Bitcoin’s value and acceptance are predicted to grow from regular payments to much more sophisticated usage. Many investors are about to invest in Bitcoin since it has provided a new financial canvas to its users. Researchers at Kraken crypto exchange platform state that Bitcoin’s price could reach $350000 by 2045. Evidently, Bitcoin is the next big thing in the financial history of the world. Give it a try!