The blockchain based platform known as  Hive Power aims at developing a system which will give an opportunity for energy consumers to develop a community for energy from where energy can be shared among each other on the Ethereum blockchain.

The platform is also an autonomous organization which will create the chances for energy sharing communities with all participants and they will be benefited from participating in the energy blockchain platform. 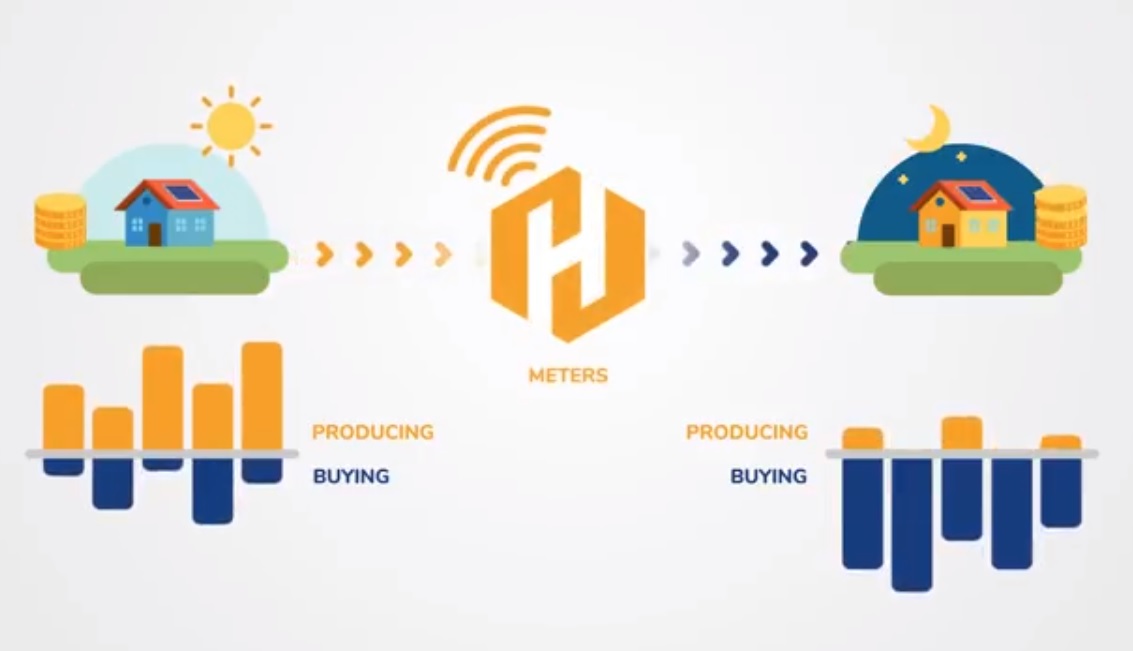 To be more precise, Hivepower is an interface with the electrical grid, monitored by an Ethereum Meter which is equipped with a hardware oracle, a cryptographically verified anti-tampering sensor. The certified data of energy from the hardware oracle is collected by a blockchain and tokenized by a smart contract. Also have a forecasting service that will tell the energy consumption/production and an bidding system interacting with the Hive via the worker smart contract.

Open platform– Hive Power will grant permission for the incorporating the third-party software and the hardware manufacturers to utilize their platform.

Marketplace design– such a structure gives permission for the trading of any sort of extra energy between users, and it also enhances co-operation in-between the Hives.

Micro-grids– Hive Power will have the integration of the micro-grids and will enable safe and optimal operation of the energy trading. Furthermore, it will also help the most reliable technique for the energy asset management.

Hive Power Algorithm– the platform’s algorithm (HONEY) will enable users and will exploit the flexibility of similar energy production and consumption so that they can maximize the welfare of the community.

Decentralization– gives permission to users to regain control of how to spend the energy, and from whom they decide to source it. This feature is mainly due to the nature of blockchain technology.

Reliability– rather than depending on the present monopolistic energy market, consumers get the chance to choose from a variety of vendors. There is an Increased profit for energy producers.

Two types of tokens are required to function the Hive Power platform. First is, the HVT token which is used to monitor and manage the functions of the Hives and to execute technical governance of the platform. While, the second type will be used for payment operations, few third-party stable tokens can be for this functionality.

The Hivepower Token (HVT) is an Ethereum based token controlled by a smart contract. The purpose of HVT token is to be used for making and management of Hives and meters. HVT tokens have a total supply (100’000’000) and will be created during the Token Generation Event (TGE).  Payments on the Hive Power platform will be operated via stable tokens.

On the website, it is mentioned that they accept ETH (Ethereum) payments and rate 1 HVT = 0.25 USD. The Hive Tokens (HVT Coin) will be an ERC20 smart contract token which gives access to the Hive Power Platform and management.

How to Participate in ICO

To participate in Hive Power ICO you need to signup/signin on Eidoo ICO Engine and complete KYC there. You can participate in ICO through Eidoo mobile app.

Crypto mining entails the use of graphics cards (“GPUs”) for solving complex algorithms the main motive or purpose of validating transactions on a particular blockchain. In the entire  2017, the most profitable cryptocurrency to mine has been Ether (“ETH”). HIVE mines ETH predominately. Once a miner successfully mines the next block on the Ethereum blockchain (that validates the group of transactions to be included in the blockchain), the person presently gets a reward consisting of 3 ETH and the transaction fees associated with that block amounts  (approximately $0.007-$0.1 per transaction, or $0.03 on average) for the  efforts given. According to the specification, in the current environment, mining a block is not easy and requires the utilization of available resources but once a mining operation is over and if the result is successful, the reward gets summed up and added. For more information on Hive Project you may follow them on Facebook or Join Hive on Telegram.