A History of Cryptocurrency and Sports Partnerships

Crypto projects have been active in the world of sports for quite some time now, either through sponsorships for teams during high-profile competitions, tokenizing teams, or raising funds. 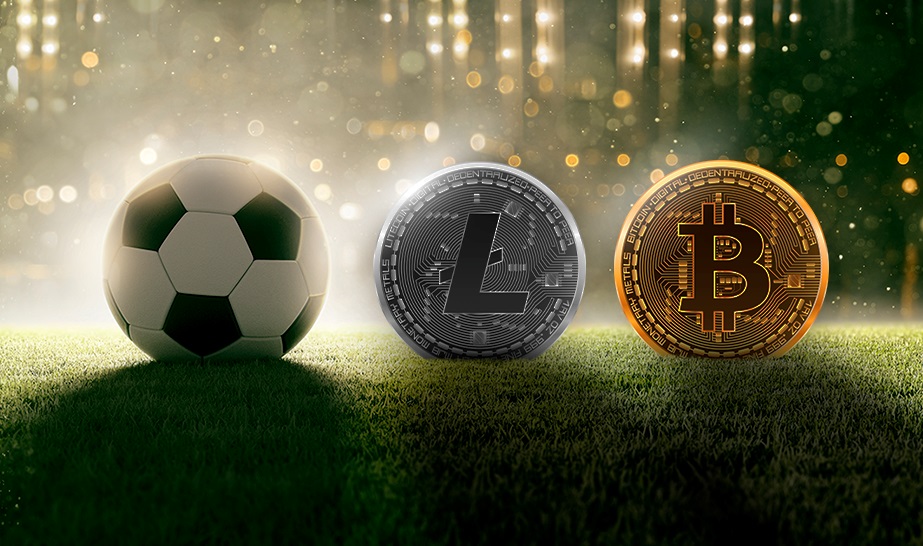 Below are some of the most noteworthy Crypto and Sports Partnerships that took place in the past few years:

Back in July 2018, crypto exchange CoinDeal entered a sponsorship deal with the English Premier League team Wolverhampton Wanderers. The team’s website described the deal as “the first-ever sports sponsorship deal involving a cryptocurrency exchange platform.” CoinDeal was featured as the side’s shirt sleeve sponsors of the team.

CoinDeal’s announcement video on YouTube showcasing the Wolves accrued millions of views, with the partnership increasing the brand awareness for the exchange.

Seeing as the Wolves had “more than 528,000 exposures from June 1 to November 30,” and considering that Premier League experienced a continuous rise in viewings that year’s season, the sponsorship was ideal for CoinDeal to get exposure.

It should be noted that England’s top soccer competition attracts the “highest global television audience” compared to other national leagues.

In 2018, it was announced that top crypto Litecoin would be sponsoring one of the biggest UFC events of the year, during the Light Heavyweight title between Jon Jones and Alexander Gustafsson. As Litecoin was the Official Cryptocurrency Partner of UFC 232, their coin’s logo was featured in the middle of the Octagon, and the project also received a shoutout from UFC presenter Bruce Buffer before the fight.

The event led to a spike in interest for the coin, with “Litecoin UFC” receiving over 40 million Twitter impressions from 26th December – 4th January and countless Google searches worldwide, with the US, the Netherlands, Australia, Canada, and Brazil ranking first.

The Jamaican Bobsleigh Team and Dogecoin

While this venture was not a direct advertising strategy from the project, it helped in raising exposure for Dogecoin. The community pooled in to raise $30,000 in Dogecoin for the Jamaican Bobsleigh team so that they could travel and participate in the Sochi Olympics.

Doge also got involved in NASCAR, as the Doge Reddit community raised $55,000 worth of Dogecoin to wrap Josh Wise’s #98 car in the coin’s Shiba Inu logo.

In addition to exposure on mainstream media outlets, the coin also received a die-cast collectible re-creation, and it was also featured in the NASCAR 2014 video game via a downloadable content add-on.

In 2014, the Bitcoin exchange giant, BitPay, struck a partnership with ESPN to rename the Beef O’ Brady Bowl the “St. Petersburg Bitcoin Bowl”. The stadium was equipped with Bitcoin ATMs, vendors that accepted Bitcoin, and other items that would make the place a heaven for Bitcoin users.

While the partnership was initially scheduled to be a three-year event, it ended suddenly after one. However, BitPay recorded an increase in activity immediately before the game.

So, What Does the Future Hold for the Two Industries?

In the future, it is expected that crypto will have more and more connections with the world of sports. The future is already here. Crypto and sports are a match made in heaven on online sportsbooks, as bettors can reap the advantages of virtual coins.

1xBit is a fully anonymous sportsbook, as it only accepts betting with cryptos. It is worth mentioning that cryptocurrencies are not tied to any banks or payment processors, meaning that no one can tie your financial activity to the crypto sportsbook. On 1xBit, you can use over 20 different cryptos, as well as deposit more cryptos in your multi-currency account. By accepting only cryptocurrency for betting, 1xBit ensures that users get their payouts fast and that they do not pay any transaction fees.

The online sportsbook features dozens of traditional and esports matches and tournaments, where players can bet with the highest odds on any event.

Opening an account is easy, as the process takes under a minute, and after signing up, you are able to claim a generous welcome bonus of 7 BTC.

Please, note that gambling possesses a certain risk and is prohibited in some countries. Check carefully if your country of residence allows you to take part in online gambling.

This article is published for entertainment and informative purposes only and the website where it is published is not responsible for any losses that occurred as a result of gambling.