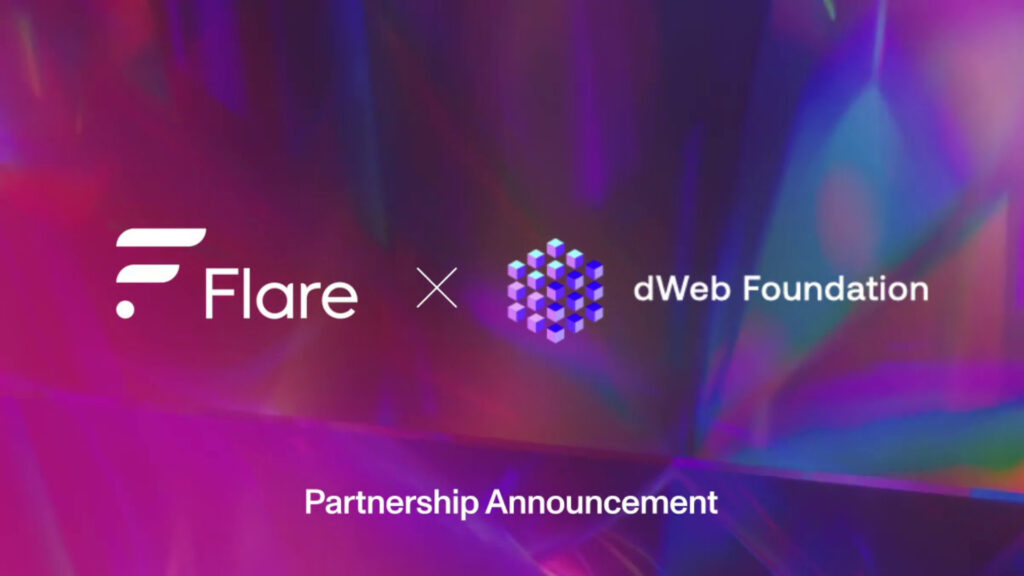 The dWeb Foundation has partnered with Flare Network as the next step in their journey towards building a fully-decentralized, permissionless internet built on blockchain infrastructure.

The internet has become an integral part of people’s lives, an extensive web of digital data connecting people and organizations across the globe. Top Level Domains (TLD) like “.com” and “.org” power a large portion of the internet. The problem is these domains – and the data stored on them – are mostly controlled by big tech. The resulting privacy issues, single points of failure, centralization and lack of data sovereignty have recently come into focus following countless database exploits and scams.

However, a solution is being developed: A read-write-own internet built upon dWeb’s flagship decentralized technology, Handshake Naming System (HNS). With Handshake, control is re-democratized, allowing any peer to validate and manage the root DNS naming zone. This removes the centralized current state of the internet DNS hierarchy (there are only 13 DNS root servers that support the majority of internet sites with the US Department of Defense, US Army, Verisign and ICANN each operating one root server): 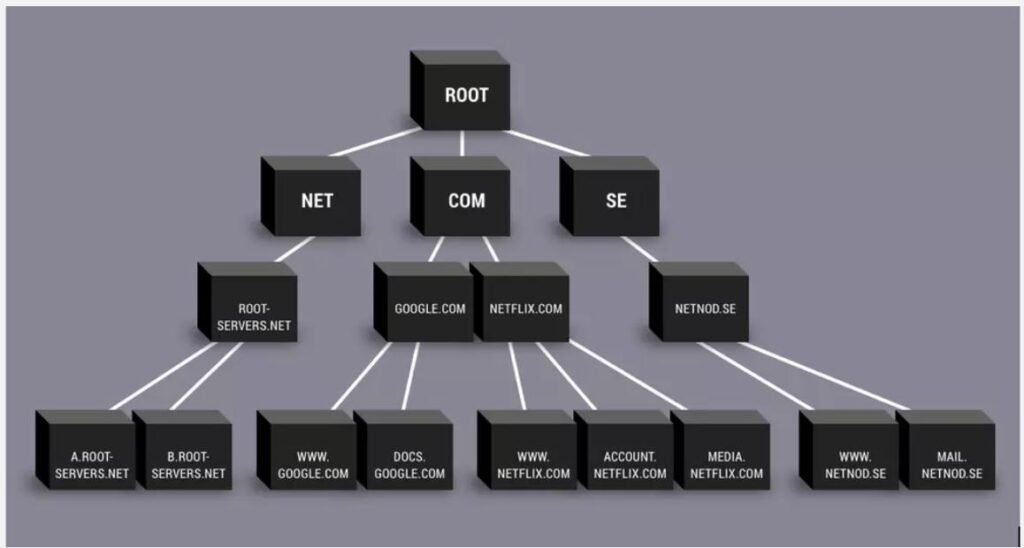 Handshake will be integrating Flare’s powerful smart contract functionality and infrastructure to host a sub-level domain (SLD) naming system. Flare will be used to anchor the TLD (to create domains such as .flare) and then issue the SLD (such as searchengine.flare) on the Flare blockchain. Specifically, the State Connector will connect the Handshake TLD with the SLD domains on Flare.

By combining the power of Handshake’s TLDs with Flare’s intricate, ultra-low carbon functionality to host and maintain the SLDs in a decentralized, immutable way on their blockchain, this version of the internet will be decentralized, more transparent, resilient and secure while allowing users to own and control their data.

“The domain name market is slated to grow to a $1+ Billion industry by 2027. Handshake breaks open the traditional TLD namespace by creating a permissionless process of adding customizable TLDs to it. By building Layer 2 infrastructure on top of Handshake’s Layer 1, decentralized SLDs can accelerate that growth trajectory and possibly exceed it by orders of magnitude.” – Chjango Unchained, Executive Director of dWeb Foundation

“Flare is excited to partner with dWeb to provide smart-contract functionality to Handshake’s decentralized internet technology. Flare’s role in hosting SLDs is a compelling factor in this collaboration, fulfilling our vision for a peer-to-peer, immutable and accessible internet experience. We are pleased to be working alongside the dWeb team to drive this reality forward. Hugo Philion, CEO & CoFounder, Flare Network”

If you are a developer in Handshake and are looking for grants and support for your project, the dWeb Foundation is looking for you.

The decentralized web (dWeb) Foundation is a nonprofit organization that works to usher in a free, open, and censorship-resistant digitized future. The foundation operates out of Singapore and is funded entirely by donors who believe in the Web 3.0 cause. Aiming to enable integrations, secondary and tertiary layer infrastructure on top of Handshake, we are the new generation of internet pioneers, and we are emboldening others to join us in charting the frontier of the third era of the internet.

About Flare
Flare is a new layer-1 blockchain that will make every chain multi-chain – bringing secure universal interoperability with any network, whether they have smart contract functionality or not. This is made possible by Flare’s next generation technology – the State Connector and Flare Time Series Oracle – which together create a powerful multi-chain protocol that has high throughput, low fees and a low carbon footprint. Flare will light the way to a unified, decentralized future.