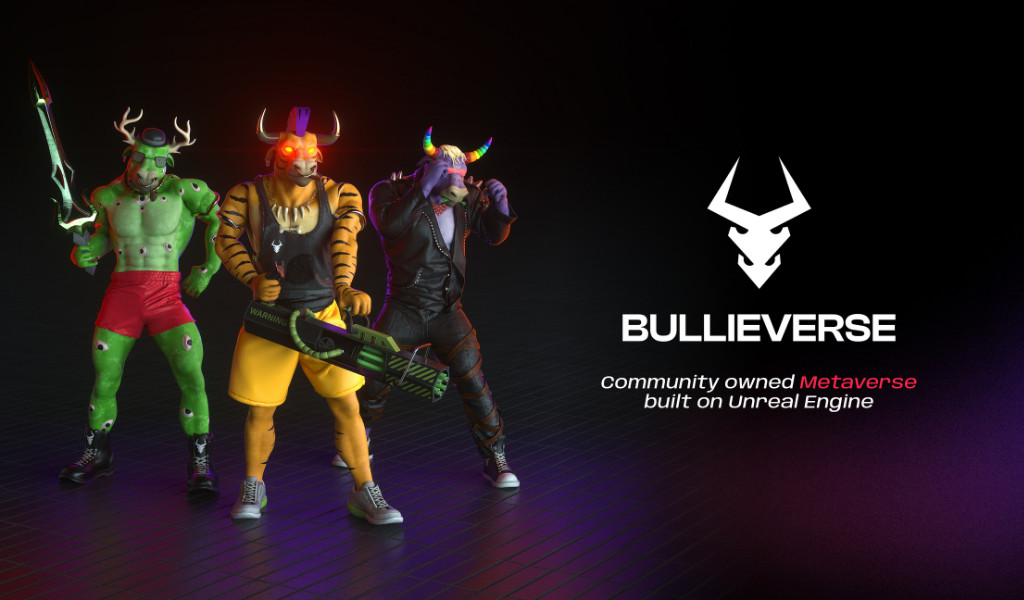 Bullieverse, one of the first 3D metaverse worlds on Unreal Engine and centered on content creators, has raised $4 million in funding from a list of reputable Web3 investors.

Bullieverse is an Open Metaverse developed for the community of players and creators. It is built for the Web 3.0 citizen to have an immersive environment. As a result, gamers enjoy an out-of-the-world experience combined with a transparent and fair monetization mechanism that underpins their play-and-earn economy which makes Bullieverse – “The Metaverse”.

Bullieverse is an ever-expanding world with an arcade of fun games, where content creators can make up their own games and publish them for the community. This is coupled with an asset creation mechanic and the ability to buy and lend assets such as Land, Game Portals and more.

The first major game on Bullieverse is The Bear Hunt, released for early access in January 2022 and expected to be publicly available in Q1 2022. Players can still join the game and receive unique Bear NFTs for slaying them.

“Closing this funding round is a key milestone in Bullieverse journey. We now have all the momentum we need to achieve our vision of being ‘The Metaverse’ platform. We will double down on our focus of our themes ‘Play, Earn, Own and Experience’ by executing our product and growth roadmaps. There are very few Web 3.0 projects that have a live product even before token launch – and we are one of them. We are also the first 3D metaverse play on Unreal Engine with a live game. The next 12 to 18 months of execution is critical and we look forward to that.”

“As investors in the Web 3.0 space, we focus on product and the team. Bullieverse clearly has a top tier metaverse-gaming product, and is led by a very experienced and balanced team. Both 6th Man Ventures and Bullieverse believe in the true potential of Play-and-Earn gaming, its ability to expand and reign in the gaming industry. We look forward to having a great journey together!”

About Bullieverse
Bullieverse is a game-of-games metaverse platform centered around Bulliever Island, an ever-expanding world with an arcade of games for the community to play and earn rewards. Set on the 9 square mile Bulliver Island, players can become Citizens of Bulliever Island (COBI) by buying unique Bull NFTs.