Binance Plants Itself Atop CoinMarketCap Rankings? Another Blow to Decentralization

The first half of 2020 has proved challenging for the crypto community, which has been experiencing extreme market fluctuations and shocks amidst the health and economic crises caused by the novel coronavirus. But, as soon as things had started settling down in the crypto sphere, another development occurred that shook up the industry when Binance purchased CoinMarketCap for a sum rumored to be in the hundreds of millions of dollars. CMC is the most referenced cryptocurrency price-tracking tool in crypto and features exchange rankings, which have always been helpful for all classes of market participants in terms of making informed decisions when trading. Although the deal was closed 2 months ago, the move that saw Binance jump to CMC’s top spot is still the topic of much discussion in the community, and subsequent debates regarding CMC’s impartiality have not abated due to the evident conflict of interest at play. 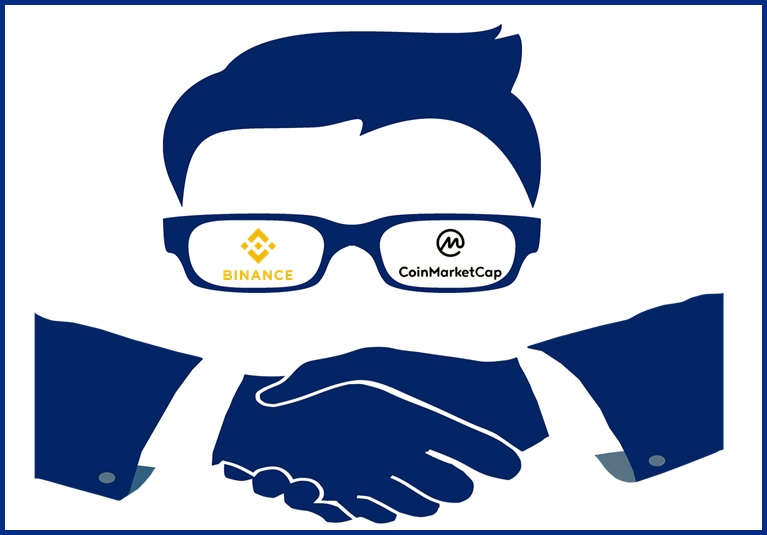 From initial independence to centralized control

The original goal of CoinMarketCap was to create a website allowing crypto enthusiasts to compare the value of Bitcoin against the value of altcoins accurately with the help of the most objective measure possible – market capitalization (often referred to as just “market cap”). For four years, after CMC’s founder Brandon Chez first envisioned how to bring his idea to reality, he worked all alone, designing an uncomplicated interface and collecting data on coins listed in his comparative table. Despite the fact that Brandon’s team began growing quickly during the cryptocurrency boom of 2017 and CMC received a lot of attention within the expanding crypto ecosystem, Chez tried to avoid public attention, primarily to prevent outside pressure from numerous prospective investors from infringing upon the impartiality of the website. Up to this day in 2020, CoinMarketCap has been regarded, quite fairly, as “the most… trusted source for comparing thousands of crypto entities in the rapidly growing cryptocurrency space by users, institutions, and media.” Its mission is to provide people with “accurate, timely, and unbiased information, enabling each user to draw their own informed conclusions from the data.”

Now Chez has gone into the shadows again, to “focus on his family” and CMC’s independence has vanished alongside him. Taking advantage of the right moment, Changpeng Zhao, already known as one of the most powerful crypto influencers and billionaires, sought to obtain CoinMarketCap. This purchase is considered to be the largest one made by Binance so far, as Zhao himself has claimed. However, CZ assured the public that the acquisition will not impact CoinMarketCap’s integrity: “Binance has no bearing on CoinMarketCap rankings. CoinMarketCap stays committed to providing the most accurate, timely, and quality cryptocurrency data in the industry while benefiting from Binance’s expertise, resources, and scale.”

Currently, as the things stand on the site, we can say that this wasn’t exactly the truth. Prior to the acquisition, CMC’s Liquidity metric was perceived to be the most trustworthy around because it was designed to properly reduce inflated volumes. However, after the purchase, the liquidity rankings were overhauled. As a result, the recognized liquidity champion HitBTC lost its leadership in the liquidity ranking for the first time since this feature was deployed. The criteria of the Liquidity rankings have changed, shifting focus mostly towards retail traders while overlooking institutional players. The updated Liquidity score now grades all crypto markets with a score from 0 – 1,000 to allegedly make it easier for users to understand the measurement.

What’s even more strange is the site’s new metric called “Web Traffic Factor” that was announced in a May 13 blog post: “In most cases, with crypto being a retail-driven market, for an exchange to have high volumes, it needs to have a large number of retail traders (i.e. buyers and sellers). Instead of asking exchanges to submit their user numbers, a good intermediate proxy will be web traffic,” the CMC team wrote. Conveniently enough, the introduction of this web traffic indicator has put Binance in the top spot with a maximum score of 1000. This is all despite the fact that CMC’s interim CEO, Carolyne Chan, saying in an interview in 2019 that web traffic couldn’t be a good metric since trading experience with the use of API keys has become a common use case. However, Chan is now insisting that CMC remains an independent venue and is not affected by the corporate interests of Binance: “We do not update algorithms or rankings to suit anyone’s agenda, this runs completely counter to the history and value of CoinMarketCap,” she said. Despite her affirmations, CMC’s new approach to rankings has spawned a healthy amount of justified criticism in the community, with most considering the new indicator an ignorant and shameless practice.

In an industry based on principles of decentralization, the image of one giant company swallowing another and reworking it to perform to the benefit of its master doesn’t make for good optics. CMC’s long ballyhooed independence and neutrality seem to have nothing to do with CoinMarketCap now, as Binance itself has appeared to reshuffle the deck to its own advantage, leaving other exchanges and proponents of industry transparency and decentralization out to dry.

This issue has already stained CMC’s reputation as an impartial and unbiased data source, while CZ is being blamed for trying to monopolize the decentralized crypto ecosystem. Over the past year, Binance has acquired the DApp ranking evaluation platform DappReview, the India-based WazirX exchange, and launched its own mining pool, gathering more and more companies under its hat. Zhao’s competitors have been forced to accept these moves due to the industry’s laissez-faire regulatory picture. But the exclusion of exchanges from such a popular information aggregating site is a major blow, affecting in no small way the amount of exposure they get in addition to the way the public perceives them.

In a good sign, the crypto community is losing faith in what Binance and its CEO are doing to make the crypto space better and market participants are abandoning CoinMarketCap in favor of alternative websites, such as CoinGecko or Coinpaprika. Whether Chanpeng Zhao and his team will be able to re-establish their good name remains to be seen.