A large number of financial concerns are showing their interests in tokenizing aspects nowadays with respect to the tremendous growth of the cryptocurrency market. Bankex is one such financial marketplace dealing with cryptocurrencies This platform handles the cryptocurrencies including Bitcoins (BTC), Ethereum (ETH), Litecoins (LTC), and SALT and more. It facilitates the exchange or transfer of goods or services or products among the financial concerns, banks, and buyers. It focuses mainly on the sale of tokens and crypto assets. 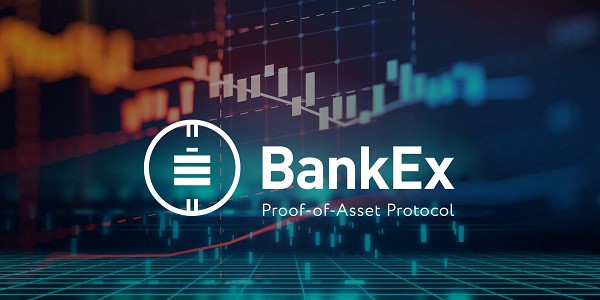 It utilizes a protocol called POA, which is a Proof – Of – Asset protocol. It is a combination of several blockchain technologies as well as Banking – as – a – service or BaaS. The major motto of this platform is to create decentralized capital markets with the help of various innovative contracts and assets. Its partnership concerns include DataArt, Amazix, and Symphony and so on. It deals with the types of currencies like crypto and fiat currencies.

Bankex works according to the following operational stages:

The tokens of Bankex are usually referred to as BKX tokens, which are stored safely in the Meta Mask or MyEther Wallet.

Bankex – One of the top most projects:

With respect to the advanced technologies used by Bankex, it has been considered as one of the topmost ICOs in the World. Both institutional, as well as private investors, have shown their extreme interests in making investments in this platform.

The following are some of the topmost financial concerns that are supporting Bankex:

Besides these concerns, nine different banks across the world are also supporting this platform. Of course, these banks have invested a capital of around $431 billion.

Bankex solves the overload of Ethereum network by introducing an innovative project known as ‘Plasma anti cataclysm’. It facilitates transactions between the Bankex network and the Ethereum network without any charges. It also permits the users to make a one – time deposit. The major function is to exchange or transfer funds from one network to the other.

Another innovative project of Bankex is CRYPTEX, which is advanced technology provider with a distinct set of cryptocurrency trading technologies.

The final project of Bankex is BKX utility, which is nothing but the BKS tokens.

Bankex (BKX) token is build on Ethereum wallet. Below is the popular and trusted Ethereum ERC20 compatible wallets to store BKX: